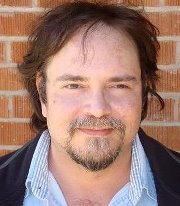 Meet author Michael Edward “Ed” McNally. Ed is the author of what he describes as an epic “Musket and Magic” fantasy series, collectively called the Norothian Cycle. Though the novels may be classified as fantasy, genre labels don’t mean much to Ed. He considers himself a fiction-writer whose work contains characters like dragons, samurai, knights and devils. You want to slap a label on that? Knock yourself out.

Ed grew up reading fantasy classics, but says, “. . . to me a lot of the fantasy books coming out now seem to revel in darkness to an extent that makes them as tedious and painful as the national news.”

The Norothian Cycle (for now) consists of three titles: “The Sable City,” “Death of a Kingdom,”  and “The Wind from Miilark.” The reviews so far are very favorable and Ed is gratified that, as he put it, “People seem to like them.”

Ed is a master of self-deprecation and understatement when it comes to appraising his own work. I say this not only because I have had more than a few conversations with Ed, but I also read the first in his Norothian Cycle, “The Sable City.” He deftly weaves a world from whole cloth and populates it with complex, believable characters and puts them in play with and against each other in ways that just keep you anxiously turning pages.

One cannot help but wonder at the richness of his fiction and where he finds inspiration, but Ed says, ” I’m just taking dictation from out of the void.” Okay then—so don’t tell us.

Like so many indie writers, the issues of finding enough time write and marketing his own work are the big challenges Ed identifies. “I’m terrible at this, and I am actually trying to do even less of it so I have more time to write,” he says.

One strategy that Ed uses in his marketing endeavors involves putting out a series of free short stories as a way of introducing himself and his style to readers. He says these have enticed some readers to purchase his books.

Ed’s work is in a pretty high state of polish by the time it hits the digital presses. He credits,  “. . .a ruthless bunch of pals from grad school who enjoy nothing so much as beating the crap out of me over an unhyphenated adjective clause. They are invaluable.”

Ed is in a group called the Indie Eclective. It includes Heather Adkins, Julia Crane, Lizzy Ford, Talia Jager, PJ Jones, Shea MacLeod, Alan Nayes, and Jack Wallen.  He says, “I have been reading their books as time allows, and honestly, their writing had made me proud to have my stories in collections with theirs. And to be an Indie. And, for that matter, to be a writer.”

Ed advises aspiring writers to manage their time, find people they trust and respect, and to ignore everybody else. “That might be life advice, but it is good for writing, too,” he adds.

You can learn more about Ed and his writing at his blog. Find him on facebook or Twitter.