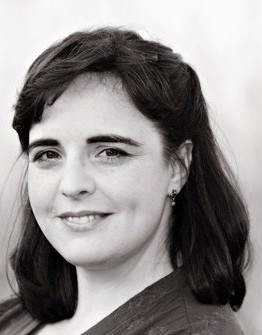 Krista Tibbs grew up in northern Maine and migrated south to Tennessee. Her former career in the Boston biotechnology industry and stint at the Executive Office of the President in Washington, DC provided the basis for her first novel, The Neurology of Angels.

She has studied people and the fun side of life while playing piano for theater groups, swing dancing, tutoring, and debating politics with family, and enjoys taking up odd projects that make her father sigh and shake his head. She is currently working with an artist on an illustrated book of animal stories for grown-ups, to be released by summer 2012. It will include an ode to sheep.

She says her greatest strength as a writer is that she is not afraid to edit. “I actually enjoy it. In fact, the novel on which I’m currently working was up to 53,000 words, but I have enjoyed it so much that it is now down 47,000. It may not seem like a strength to be able to fill vast amounts of pages with disposable words, but because I don’t expect every sentence I put on paper to be suitable for an audience, I can allow myself to write down whatever is passing through my mind and capture moments when my brain cells are firing in a weird order they may never find again. So even though there are pages and pages of fallen trees in my apartment that no one but me and my cats have ever seen, it’s all about the 80/20 rule: 80% of them represent the potential for satisfaction through the hard work of editing or a purge, and 20% contain nuggets of insight or twists of phrase that make me smile just the way they are. I like to mine those piles of pages and sometimes run across a note that I don’t even recognize as my own thought. When I can surprise myself, it gives me hope that the great American novel is bumping around in my brain somewhere and it might be possible to access it in this lifetime.”

As for where she would like to improve, she says everywhere. “In general, writing or otherwise, I think there is always room for improvement and when I’m done growing, I’ll be Done, with the big D. But if I had to pick one writing skill that I work on the most, it would be voice. I want my stories to be unique but at the same time feel authentically mine, which sometimes seem mutually exclusive. I was once told that my writing voice might never sound fresh to me because it is a voice I hear in my head all the time, but it can still be fresh to millions of other people, because millions of people don’t live in my head. I beg to differ on that last part, but in general, I’m encouraged by the point.”

Krista feels independent authors aren’t viewed independently at all; that some perceive indies in a less than favorable light. “But I try to remember that even if I were traditionally published, there would be people who didn’t like my work, so I try to ignore the judgment and just make sure that I am proud of the quality of the work I put out,” she says.

Krista’s favorite interactions have been speaking engagements where her presentations have been opportunities to show her fictional characters and their challenges in a real world light or extend the atmosphere of the story in a creative way that goes beyond just the book. “Book giveaways have been the best avenue to get new eyes on my work in a way that I can measure, and I have also made some great connections with people on goodreads.com who have read the book or even just the blurb and sent me a message about it. I always read their profiles and follow links to their blogs before I answer back, because there are a lot of fascinating people out there and not only do they also deserve to be heard as well, but I just find people interesting. I participate on sites as a reader not just a writer, which I think helps people to feel that I’m not just going to try to sell them something if they talk to me.”

She says reviews on book blogs have been valuable as well. She’s spent a lot of time researching book blogs, finding ones that don’t necessarily have a huge following but have thoughtful reviews and read her kind of books, as well as review sites that specialize in independent authors.

“Facebook and LinkedIn have been useful for connecting with people I used to know or who worked the same places I did or went to the same schools. I don’t recruit readers per se, but I just send an invitation to connect to people I’d want to connect with anyway, and they find my book on my profile and curiosity does the rest. I actively participate on Facebook as myself so have a personal page as well as a public author page where people including my friends can get more writing-related commentary and links to reviews and articles if they are interested. I did a Facebook ad campaign targeted to people who like a movie similar to my work and I was surprised at how many clicks it generated, as well as likes from strangers on my author page,” she says.

She has been writing on her blog periodically for three years now to build traffic and maintain presence. “It’s interesting how the most random people stumble across it for reasons I never would have guessed. For example, I have had visits every single day for the past two years simply because somewhere in the world a person searched for an explanation of why some people don’t like chocolate and the first page of the search engine contained my single chocolate-related blog post.”

Insofar as interacting with other members of the indie author community,  she says, “Writing workshops that are attended mostly by indie authors and google groups with do-it-yourself topics like blog book tours have been most beneficial to me as a writer, including, of course, Indies Unlimited.”

Krista says the indie focus is important because it has more to do with writing high quality material and making it available to readers as opposed to learning how to craft a letter or jump through a hoop so that a particular gatekeeper agent or publisher might consider reading a few pages of it.

She also finds there is tremendous support in the indie community. “Indie authors know about self-doubt, but they don’t prey upon it; from what I have seen, their interest is in cultivating good writing rather than emotionally killing off the competition. I have tried writing groups and conferences and online sites which are most frequented by writers who are aiming for the big publishing contract, and although I thankfully didn’t share much of my own work, I still feel the scars on behalf of other unsuspecting newbies who got the brunt of the elitism and the prevailing attitude that the nastier you can be in your critique, the more legitimate you are as a writer.”

She thinks the indie author movement encourages creativity, experimentation, and increases the possibilities for fantastic new fiction. But she agrees there are drawbacks. “On the minus side, as a reader, I find it overwhelming to sort through all of the words out there to find a book that speaks to me. But that also makes it an interesting time to be both a reader and a writer, because social media and reader reviews and blogs are now not only helpful but important: real people and their honest opinions are becoming a collection of quiet voices that trump the self-proclaimed experts and naysayers who have so long been the gatekeepers and definers of good literature.”

Her advice to aspiring writers? “I don’t feel particularly qualified to dispense advice, since I am still aspiring myself. But from a selfish perspective, I would advise writers to focus on quality. This is especially true for indie writers, because our community has a reputation to build and overcome. So you may be proud of a product inside your own head, but get a stranger to read it and be proud of it, too, and it will not only help you weather the inevitable (however undeserved) criticism but will also add value to your work. There are a lot of strangers out there who are itching to give you their two cents worth for free. As my brother says, everyone is a critic. So put on your emotional armor and send them a few chapters. And no matter what they say, just say thank you. Don’t try to explain why you did what you did or convince them to like it, or respond about why you will or won’t take their advice; just breathe and simply say thank you. If they agree on something that needs to change, consider changing it. If they contradict each other, go with your gut. If they want to read more, let them. If no one responds at all to the first few chapters, put your manuscript away for a little while and then read it later with fresh eyes and maybe you’ll see what they were afraid to say.”

Krista’s book, The Neurology of Angels, is a novel about the hearts inside the business and politics of drug development and the consequences of a choice between saving one child and treating thousands.

Galen is a neuroscientist and entrepreneur who loses everything to develop a cure for stroke. Eddy is a devoted father who enters politics on a mission to lower the cost of prescription drugs. Elizabeth is a pharmaceutical industry lawyer who is raising a daughter with a rare and fatal genetic illness.

Their families become forever entwined as the three parents engage in a tug-of-war over a failing system of good intentions. In the wake, heroes are born.

The Neurology of Angels is available from Amazon. Learn more about Krista from her blog, Shades of White Matter.  You can also find her on Facebook and Goodreads.