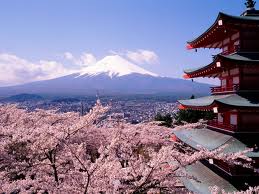 First of all, I want to explain my position, which is a somewhat unusual one. I live in a country which is not the country of my birth, and doesn’t even use the same language (Japan is where I live, and the UK is where I lived up to 24 years ago). As a result, I tend to feel a little out of things – correction – I do feel very out of things, when it comes to contemporary society in the UK. Of course I return to Britain at relatively regular intervals, but not for long enough to absorb the culture in such a way that I can write meaningfully about it. After all, I left the UK when Margaret Thatcher was Prime Minister – she’s a name in history books now. John Major, Tony Blair and Gordon Brown all came and went without my assistance.

My culture necessarily has to be removed from the one in which I actually find myself. I could have chosen fantasy and written about elves and paranormal things – not my style – or taken myself off-planet or gone in the other direction with regard to time, into the future, and written science fiction. The latter is still a possibility, actually, but don’t expect the next Lord of the Rings to come out of my head – hobbits and wizards and orcs, or even zombies and vampires are not cultures where I would feel at home.

So, what’s a displaced writer to do? I have several options open to me. The most common one chosen by expatriate writers in Japan is… surprise, surprise, to write about Japan. You know, the mystic Orient, the land of subtle Oriental influences and vibes, or the brash anime/manga land that seems to have taken root in pop culture outside Japan (certainly wasn’t like that when I lived in the UK), or maybe you prefer the ninja and martial arts thing. And then there’s all the non-fiction open to you, of you want to cover it – from kitchen knives to robots to kimono. But quite honestly, it can be boring to read a book about Japan if you’ve never been there and you don’t have a personal interest somewhere along the line – it’s sometimes difficult to identify with a novel set in a culture as different from your own as Japanese is from British or American. It’s somewhat of a niche market, and foreign writers’ tendency is to either over-exoticize things, or to make them too trite and sentimental.

I confess to having already written one “Japanese” book, At the Sharpe End, but I flatter myself that it had a good enough story to carry you through the unfamiliarity of the geographical setting (it’s a thriller set in Tokyo in 2008). I also used the setting to drive the plot along in places – hopefully some of the cultural references would be familiar enough to those who live in Japan, and some would add an interesting texture and twist to those who aren’t used to taking off their shoes when they go into a house, or who have never wrestled with the intricacies of a Japanese cellphone interface. I also have a book of Japanese short stories coming out soon (Tales of Old Japanese), which differ from many books and stories written about the country by non-Japanese, in that all the characters in the five stories are Japanese – they’re written about Japanese society from a Japanese person’s perspective, as far as possible. They tend not to explain things; the reader is expected to know what tatami matting is, for example, but I hope they help to give a look at another culture through an unfamiliar pair of eyes. Shades, perhaps, of Ishiguro and The Remains of the Day?

Of course, there’s another dimension – time – and that’s where I tend to feel very much at home, writing historical fiction. My first published novel (Beneath Gray Skies) was set in an alternate past; the 1920s, where the American Civil War had never occurred, and the Confederate States of America existed as a pariah state alongside the United States of America. Although I am not American, and indeed, I have never even visited the South, many of my Southern friends (from Louisiana, Alabama and Georgia) think that I got the accents and the attitudes right. Some don’t think that way, but then if I had managed to please everyone, you’d be paying me thousands of dollars to write this piece in my capacity as a best-selling author, wouldn’t you?

I followed that up with another novel set in the same universe, dealing with Russia just before the Revolution (Red Wheels Turning). I like to mix real and fictional characters, so the first book features Jefferson Davis III as well as Hermann Goering and Adolf Hitler, and the second book contains Vladimir Ilyich Ulyanov (Lenin) and a fictional Bolshevik assassin, Kolinski. Both feature Brian Finch-Malloy, who has been described as a “1920s James Bond” and is the hero of the next long novel I am creating, set in Russia just after the Revolution. I do research on these periods, and where I use real people and real historical events, I make them as accurate as possible. My Lenin, for example, is as close to the real Ulyanov as I can make him, based on about half-a-dozen biographies of the man which sit on my bookshelves.

I have been doing extensive reading around the subject. The new book has taken me in my imagination to Mongolia, Manchuria, 1920s Yokohama, Moscow, and will take me to Omsk and Baikal. More importantly, perhaps, I have tried to slip into the mind of the people of that time, trying to find out more about the personalities of the Bolshevik leaders, and the dynamics of the various White groups in the Civil War. Then you have to put those characters, who are now credible people, into a situation and watch them react.

But that last book, provisionally entitled Gold on the Tracks, has taken a back seat recently, because I’ve been in London in the late 1890s – to be precise, I’ve been living in 221B Baker Street, alongside Sherlock Holmes and Doctor Watson. What started out almost as a joke (a story featuring Sherlock Holmes’ smarter younger sister) has now produced seven published stories in two volumes (paper and ebook) and a downloadable story, and another is volume on the way. Again, this is a matter of culture. I enjoy the challenge of detective stories, but I could not even begin to write one set in contemporary times, in the UK or the USA or even Japan. I am not privy to the workings of the Japanese police, and my use of the Japanese police in At the Sharpe End was somewhat fictionalized, as was my account of the intelligence services of various countries – despite various dark suspicions held by some acquaintances, I am not now and never have been a member of any country’s intelligence or security organization.

Holmes is well-documented by the original canon. The setting is clear, and even if it is not a strictly accurate account of 1890s London, it is defined clearly enough and there is enough detail to be able to work within the milieu. You can expand and extend the setting, of course – in my The Giant Rat of Sumatra, I take Holmes and Watson on board HMS Daring, the first of the Royal Navy’s “torpedo boat destroyers” – a new type of craft that had only just been introduced. One nice thing about Holmes is that he is not just a country-house style detective – some of his adventures are pretty “mean streets” (I disagree with Raymond Chandler’s characterization of Holmes as “a few good lines of dialog and an attitude”), and another is that he is far from a routine detective – he lets perpetrators go free on occasion, he suffers from a variety of all-too-human traits, and he even makes occasional mistakes which are far from Poirot-type misdirections (I am not an Agatha Christie fan, by the way). So a Holmesian setting is far from being a straitjacket, and I enjoyed writing Tales from the Deed Box of John H. Watson MD and More from the Deed Box of John H. Watson MD.

Where were we? Ah yes, culture. The main thing seems to me to be that, if you are not writing about the culture in which you live, you must understand the culture about which you are writing. That involves fact-checking and research, as well as entering into the heads of the people about whom you are writing – culture is about internals as well as the decorative externals. With luck I have done this in the stories I write – I empathize with my characters and live through them while I write my stories, putting myself in their position and their culture. And I think that’s the key to any success I may have enjoyed.

7 thoughts on “Culture and writing style by Hugh Ashton”