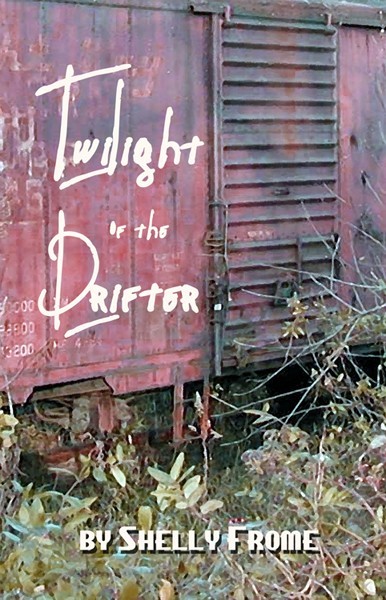 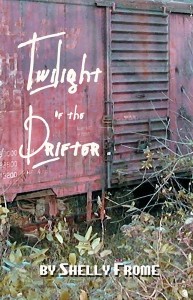 Twilight of the Drifter is a crime story with southern gothic overtones. It centers on thirty-something Josh Devlin, a failed journalist who, after a year of wandering, winds up in a Kentucky homeless shelter on a wintry December.

Soon after the opening setup, the crosscurrents go into motion as Josh comes upon a runaway named Alice holed up in an abandoned boxcar. Taken with her plight and dejected over his own squandered life, he spirits her back to Memphis and his uncle’s Blues Hall Cafe. From there he tries to get back on his feet while seeking a solution to Alice’s troubles. As the story unfolds, a Delta bluesman’s checkered past comes into play and, inevitably, Josh finds himself on a collision course with a backwoods tracker fixated on the Civil War and, by extension, the machinations of the governor-elect of Mississippi.

In a sense, this tale hinges on the vagaries of chance and human nature. At the same time, an underlying force appears to be driving the action as though seeking the truth and long awaited redemption. Or, to put it another way, past sins have finally come due in the present.

Twilight of the Drifter, by Shelly Frome
Available in print or Kindle editions from Amazon.

Wolf Creek was silent again, shrouded and hidden away in the fading early December light.

The coonhound took off immediately, ignoring the touch of frost in the creek water, the obstacle course of fallen tree limbs and bare forked branches, the muddy slope and the snare and tangle of vines and whip-like saplings. Within seconds, the hound was bounding higher until he came upon a prone scrawny figure totally unlike the one that had just fallen on the opposite bank.

Sniffing around, barking and howling, the hound snapped at the flimsy jacket and bit into it. As the scrawny little figure began to stir, he tore into the sleeve, ripping it to shreds and barked and howled again, turning back for instructions. The sight of the skinny flailing arms sent the coonhound back on its haunches—half guarding, half confused as it turned around yet again, looking down the slope to the creek bed, still waiting for a signal.

Presently, a tall, rangy man made his way across the same obstacle course, long-handled shovel in hand. But he was only in time to catch sight of a girl clutching her head, staggering away from the scene through the tangles and deepening shadows. Then again, it could’ve been a boy for all he knew, but he settled on a girl, a flat-chested tomboy, more like. Casting his gaze up to the snapped rungs of the tree-ladder, he spotted the broken edge of the rotting hunters blind some eight feet above where she could’ve seen everything.

The coonhound began circling around him, displaying the shards of material dangling from his jaw. Instinctively, the man rushed forward. Then he thought better of it as his overalls got snagged in the brambles. From the look of things, the girl was probably dazed and confused and wouldn’t get as far as the dirt drive, if that.

Wrong guess. The slam of a hood as the flat-bed’s worn V-8 motor fired-up, the grinding of gears and the familiar whine and squeal of tires signaled the tomboy was away and well out of reach.

“Well, Roy,” the man muttered to himself, “best case if she keeps on hightailing it past Holly Springs. Even better if she’s so spooked, she hooks up with 78, crosses the line into Memphis and keeps on a-going till the ol’ wreck breaks down for good.”

But if she didn’t and stuck around and decided to make trouble . . . But then again, if she was hurt so bad and chilled in this weird Yankee weather sweeping down and pulled over at the hospital to be checked out . . .

The dog dropped the stringy shards and began licking the blood off the tip of the shovel blade, reminding Roy to put the girl on hold. That he had some unfinished business right here and now. Counting on the pale moon rising for a brief spell, and afterwards making sure all that was buried would never see the light of day.