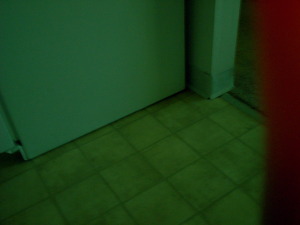 His fists were ensnared in thick grey hair. His elbows rested uncomfortably on the table. It was a battle…fists pulling, elbows pushing…his eyes were closed so tightly that they hurt. The inside of his mind sounded like this:

With a loud bang, the fists met the table, small clumps of grey hair like little bouquets. He poured a tall drink. This was how he did it. And sleep. Sleep was the ultimate escape. Which made it all the more ironic that he hadn’t slept in days.

The neighbors were yelling at each other. That is what they did. They did it well. Jack enjoyed it. He filled his glass again.

Everything was a slog. Everything was boring. Every day was the same. The same TV shows, and the same bullshit façade he had to maintain. This day was different only because he did not have to go to work. Work was a thumbscrew. Work nibbled at him, worried him to pieces of chum.

Saturday. Saturday would soon be blackness. Sunday would hurt, but it would turn to a frothy grey by mid-afternoon, and then it would be time for work again. Jack filled his glass.

What the hell would you do if there was something actually wrong? Things ain’t so bad, Jack. You know it. What is wrong with you?

What Jack wanted more than anything else was ‘the secret’. He knew there was one. If he searched the internet long enough, if he bought enough self-help books. Maybe he should go to Peru and let a Shaman rend his mind, destroy it and rebuild it?

Something had to keep everyone smiling. He knew there were others like him, but he knew there were more who floated through the day on jokes and God and hope and all the other things that Jack once believed in.

The blackness was coming. Jack stood up to take a leak and his steps were shaky. He leaned against the wall and stared into the mirror. He saw himself and felt nothing. He went back to the kitchen and lit a cigarette. He filled the glass.

Outside, there were children playing and dogs barking and there was sun. Jack wanted none of it. He wanted the cool, dark kitchen. He wanted the smell of old food and ash and mold. He wanted the glass to fill itself. He was waiting for the darkness. He could feel it coming on now. It was like sliding into a dream. It was nothingness. It was beautiful.

He had forgotten to eat, but that didn’t matter anymore. He grasped the grey hairs and put his elbows back in place. He closed his eyes and felt the heat beat red behind his lids. He had thoughts, but they quickly sputtered and gloffed like candle flames. The world was rotating slightly. He filled his glass. Soon, he would ricochet towards the bedroom and fall into the blackness completely. The thought of it almost made him smile.