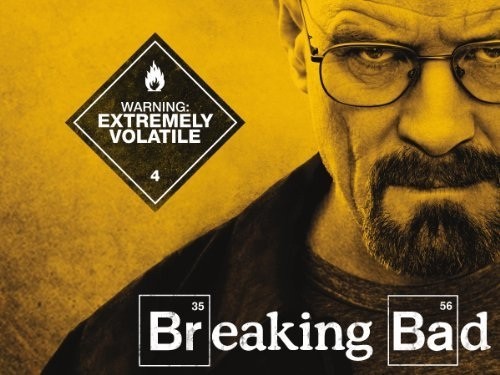 As I’ve said before, I live in the middle of nowhere. We don’t even have cable TV. In order to get any TV, you need satellite. Well, our phone company about a year or so ago promised us we would have cable this year (2012). Umm, yeah, didn’t happen. So, since we have lovely DSL internet, we decided to do Netflix.

I normally don’t like shows like Breaking Bad. It’s not my normal viewing fare. My hubby got me into watching it—we watch 1 episode every morning as we eat breakfast. At first I didn’t like it, it was drama, drug-related, and in general, rather crude. But something happened after the first few episodes: I found myself looking forward to the next episode. Why? Suspense.

Each episode starts with a short trailer before the credits. You get a glimpse of things to come. My writer’s mind immediately clicked into this teaser. I wanted to solve the mystery of the trailer. And you know what? Those wonderfully sneaky writers usually threw me for a loop. I became intrigued. I wanted to watch more. Breaking Bad became my writer’s meth. I was addicted. I had to find out what happened to Walt and Jesse.

How did this make me a better writer? I began to understand how they manipulated time and scenes to increase the level of tension. Most episodes ended with a “cliff hanger,” making you tune in to see what happens. There are so many “that was close” moments, and “wow, those guys are idiots, and somehow they lucked out.” You can’t help but get tangled up in the story. Even the little things like Walt being related to a DEA agent (by marriage) adds to the tension of the story. Will Hank catch him? Can Walt pull this off?

My current WIP is a contemporary romance. It centers around a horse racing dynasty in the Lexington, KY area. As I re-read my initial draft, I realized there wasn’t enough drama. Not enough “OMG” situations that readers would get sucked into. There had to be more to the story. Despite it being a romance, there needed to be a serious ramping up of the events in the book. Horse racing is a dangerous business; I needed to make that more of a part of the story. The characters needed to better understand the consequences of their choices.

We’ve just finished season 2 of Breaking Bad, and I finally got to see how the charred pink teddy bear ended up in Walt’s pool. Oh, that was driving me crazy! And how it got there was a total shock—nope, didn’t see that coming. The writers have skillfully woven the characters together and events that change their lives.

I don’t consider myself a TV junkie, but this show has taught me some of the finer points of building tension, creating chaos, and bringing characters to the brink and back all while comfortably seated on my sofa. Now I need to apply what I’ve learned and fix up this romance so it will be like riding a wild race horse down the home stretch in a huge stakes race. I want you to wince, squirm, and cheer for the characters. And of course, I want a happy ending!

21 thoughts on “How Breaking Bad Made Me a Better Writer”