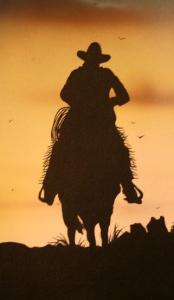 Well, turns out the world didn’t end (thanks for nothing, Mayan King Yik’in Chan K’awiil) so it looks like we’ll all be embarking on another year of Indie World. And since last year was my first of writing this weekly column (episode one, 12/30/11), I guess this year I should at least acknowledge the new one.

Many traditions come along with the changing of a calendar date, including spending the next month or three swearing quietly as you continue to write the wrong digit at the end of checks. Also popular are the “Year in Review” sort of things every news broadcast, blogger, and columnist feels the need to uncork along with the bubbly. I myself am more of a “Don’t look back, as something might be gaining on you” type of guy, so I won’t be doing that. 😉

Which leaves, of course, the tried-and-true (by which I mean they never work) habit of making sweeping Resolutions for the coming year. These tend to last not quite as long as the aforementioned writing of “2012” as the current date. There is generally a strong current of self-improvement about making resolutions, as the start of a new year seems like an appropriate time to rededicate ourselves to unfinished work – as Abraham Lincoln might have said (if he was writing a diet book). With that in mind, what follows are my resolutions for the coming year, with the goal as always of trekking ever onward through Indie World.

That’s it. That’s the list. Though it is a bit more significant a change than it may sound.

After more than a year now of trying to squeeze some writing time between this promo, and that social media obligation, and the other writers’ group page on some other social media doohickey, it is clear to me that the thing that usually gets pushed to the backburner, is the actual writing. Yes, Indie World is replete with digital mayhem, and it is all hugely time consuming, particularly the parts of it that are actually fun. I can’t say at all that I begrudge the time I’ve spent online over the last year, as if nothing else it has allowed me to meet and get to know so many great people, the preponderance of whom are my fellow travelers of the Scribbling Tribe. We’re all pretty nutty as it turns out, and hanging around (even virtually) with like-minded souls is a salve. I wouldn’t miss it for the world. 🙂

But the truth is, I wind up doing an awful lot of things and spending a lot of time in front of a computer screen because I’m trying to sell books, but for me, actually writing a book is not one of them. I write, when I do, because I’m a writer. Everything else, the sturm und drang of the digital world, is stuff I am doing because – well – sure; I obviously want people to actually read the stuff I’ve written. And of course making a living from writing would be sweeeeeeet. Like chocolate-covered more chocolate. But that’s really not why I’m writing, it’s just the stuff that happens afterwards. The writing itself, for me, has to be the thing. And this past year, I just didn’t do it enough. Next year, I mean to do it more.

I have no intention of “going dark” or anything like that, but I am pulling back on a lot of things I’ve been doing until now. Sad to say, Ed’s Casual Friday here at Indies Unlimited is one of them. So I would officially like to thank Mr. and Mrs. Evil Mastermind here at IU for bringing me aboard a year ago, the whole staff past and present who have done great work here and made it a joy to hang out with, and most especially Kat, whose patience and talent and work ethic are legion. Heck, she even got me to the point of being able to post a weekly column without asking “How do I do the more-tag-thingy again?” more than once a month or so. Thanks, in short, to everybody at IU for just being so you, and for making it a great place to be. 🙂

Have a productive 2013, everybody.