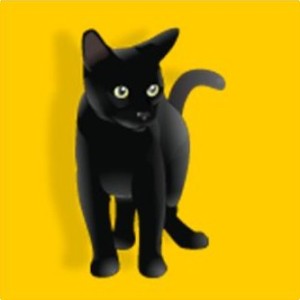 A short story
by Stephen Hise

Earl had not slept through the night since Maxine died. That was three years ago now. Conchita woke him every hour or so with her bouts of incessant meowling. She had started doing it shortly after Maxine took ill.
Maxine had called it singing. She laughed at it. Earl did not see the humor. He needed his rest to take care of Maxine and Maxine needed her rest to get well. But Maxine did not get well. She had died just as the doctors had said. Earl thought perhaps the lack of rest had made the difference.

He had never wanted a cat. That was Maxine’s decision. She had loved that cat. Earl could never love the cat, but he loved Maxine, so he tolerated the cat. He had thought to get rid of her after Maxine passed on. Somehow, he just couldn’t. He and the cat were both connected to Maxine. So he kept the crazy old cat, and he fed her, and he looked after her litter box.

Sometimes, he would pet her and talk to her. He would talk about Maxine. Conchita would sit beside him on the couch for long hours. They would watch Matlock. They would watch the news. There was something of a banal tenderness about it. Often, she would put her face very close to his and place one paw on his chest. He could feel her low, thrumming purr right through him. He wondered if she could sense his sadness.

Every day was the same bland grayness. In the dark of night, she became his nemesis. What did she want? She had food and water and a clean box. There were no bugs or mice scampering about. He would flip the light on to see her there at the foot end of the bed. Her head weaving around like a blind musician’s. She wasn’t looking at him. She wasn’t looking at anything. Just emitting a high thin and raspy mrowl, mrowl, mrowl, mrowl.
In those moments, he could hate her. Then he would feel guilty for it. But he was tired down in his soul. Nothing worked. She did not want to be brushed. She did not want to be pet or cuddled. She seemed only to want him to wake up. It was maddening.

In all the many years they’d had Conchita, Earl had put her out of the room only once. Maxine was very ill and he had wanted to give her an uninterrupted night of sleep before she passed. As it turned out, she passed away that night. If she had been herself, Maxine would never have let him do it.

Tonight he was dreaming when Conchita woke him. He could see Maxine the way she was when they had met. She was young and full of energy and laughter. They were going to go somewhere together. She bounded ahead, laughing and teasing him. He could not quite keep up. He did not want that dream to end. mrowl, mrowl, mrowl, mrowl

He opened his bleary eyes to his lonely dark reality. Conchita sat there at the end of the bed, her head weaving, her fixed gaze following the flight path of some invisible insect. Earl seized her and walked out of the bedroom and into the hallway. He put her down and returned to his room, shutting the heavy bedroom door behind him. Tonight he would finally sleep.

Conchita looked back at the door. This was it then. She had protected him as best she could. Every night death stalked Earl. Conchita could see the grim specter enter the room. She alone could see the wraith hovering above the bed. She could see its dark tendrils worming through his body, entwining every vital organ. She heard Earl’s heartbeat slow, his breathing become shallow, his color wane. Conchita would sing until it went away. It always did.

She had kept death from Maxine for as long as she could. Then Earl put her out of the room and death prevailed. Tonight it would happen again. Death will slip its icy fingers around Earl’s heart. Earl will finally sleep. Conchita was very old and tired from the battle. She thought maybe she would sleep now too.

29 thoughts on “Earl and Conchita”