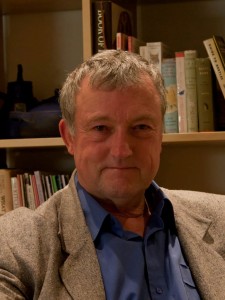 Oxford, England, that is: a city stiff with history, bristling with dreaming spires, and teeming with writers. You can hear the scratching of their metaphorical quills even over the patter of the rain (and in Oxford, that’s saying something).

Well, it shouldn’t surprise me too much. I have a background in history, and I ought to know that writing has always been an occupation for the privileged. In the Middle Ages literacy was virtually a form of shamanism, and could only be acquired by those adepts who had the money or the time – that meant churchmen and the nobility. Everyone else was too busy scraping a living and staying warm. The ability to write conferred and preserved power among those who mastered it.

These kinds of attitudes die hard. So it shouldn’t come as a shock that in this month of Oxford’s Literary Festival there’s a certain amount of genuflecting going on here at the feet of the literary great and good. People like novelist Julian Barnes and poet Seamus Heaney commanded up to £50 a seat for an hour’s chat – that’s a pretty hot ticket by British standards. In the case of Julian Barnes I actually paid this sort of money to hear him engaged in a cosy chat with an old pal of his, which I might have overheard for free in the bar of the local pub.

Well, and perhaps it doesn’t do any harm. For the record I like Barnes’ stuff, and revere Seamus Heaney. And if these prices are a trifle stiff, at least the whole shenanigans engages people with writing and engenders respect for writers. And we could all do with a bit of that.

But I do like to remind myself, and anyone else who’ll listen, that even if the ability to write well is a rare enough gift, the capacity to appreciate writing should be open to all. 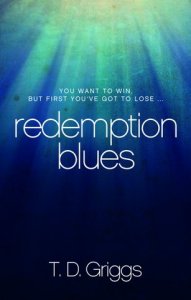 I write accessible general fiction – some historical novels, and some contemporary mysteries. Now, there are those who assume that these genres are somehow lower down the food chain than fully formed literature (whatever that is). The theory is that if it’s popular, it can’t really be good.

If that were true, writing would be one of the few occupations whose practitioners rate failure higher than success. I can’t think of any others which do this: maybe flying a kamikaze aircraft would come close (at least it would if I was flying one).

But of course it isn’t true that popularity is a negative.

Try Shakespeare – a man who wrote murder mysteries for a living. Shakespeare didn’t set out to please some intellectual ozone layer of eggheads. He wrote to please a rough and ready audience, common people with little or no education and a few wealthy merchants and nobles. And he used the themes we all try to use to engage our audiences – murder and revenge, love and jealousy, bawdy humour – in short, sex, drugs and rock’n’roll. He wrote most of his plays in a couple of weeks each, under the pressure of strict deadlines. He performed in many of them, and changed the scripts as he went along, pinching bits from other playwrights and having bits pinched from him in turn. He did not consider the ivory towers of academe. He wanted only to keep the audience satisfied, so that they’d pay his company’s wages, and not throw too much soft fruit if things on stage dragged a bit.

And he still will be when many of the unreadable darlings of the critical intelligentsia have sunk gibbering into obscurity.

T.D.Griggs has written one million seller, the contemporary drama REDEMPTION BLUES, which has just been made available for the first time to a US audience. He has also written the Victorian epic saga DISTANT THUNDER and the modern day father-son novel THE WARNING BELL (under pen-name Tom Macaulay). Griggs, who holds British and Australian nationality, has lived and worked on four continents and now lives in Oxford, UK, with his wife Jenny. Learn more about T.D at his Website: www.tdgriggs.co.uk