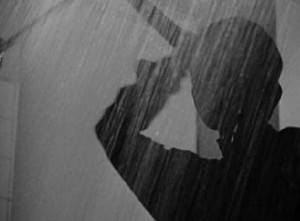 It started one morning while YA author Imogen Rose was in a hot, steaming shower … But Indies Unlimited has a strict policy about posts being suitable for work. I don’t want to risk my gruel rations getting cut as punishment, so let’s fade to black for a bit while I ramble. We’ll return to the shower momentarily.

There are a plethora of places for budding indie authors to gather information about the path they’ve taken. You’ve can check several websites with ideas and hints to help you on your way. I’m partial to a place called Indies Unlimited. Another good one is Joel Friedlander’s The Book Designer. There are internet forums where you can ask questions and get a bunch of answers, possibly contradictory. Many authors swear by the “Writer’s Café” forum on Kboards.

There are blogs that talk about Indie publishing. My go to blog is The Passive Voice where Passive Guy curates and aggregates stories from all over the web about the publishing world with an eye towards helping Indie authors stay abreast of the business world they’re operating in. Passive Guy’s background working for tech companies and as an intellectual property attorney as well as living with Mrs PG, an indie author, gives him a unique perspective, which he’ll sometimes add as story commentary.

Last, there are books. If you want to be an author, you’ve probably heard about those. It seems like the market is flooded with books from indie authors to give you their perspective on some aspect of succeeding as an indie. These range from the well known (but somewhat discredited) advice on book marketing for indies from John Locke to some questionable offerings from complete unknowns. I’ve got a few recommendations here. For a great primer on the basics of self-publishing you can’t go wrong with David Gaughran’s Let’s Get Digital and I have high hopes for his soon-to-be-published Let’s Get Visible. If you’re a technophobe intimidated by trying to get your name and book noticed in wild web world (that’s what www stands for, isn’t it?) then you can search right here or, even better, get it all in one place from the book Indies Unlimited: Tutorials and Tools for Prospering in a Digital World. And for a book that defies categorization, but will help you on your journey in many ways (plus, it is just a fun read) you might grab yourself a copy of IU Alumnus David Antrobus’ Endless Joke.

Imogen Rose is going to kill me for talking about a book called Endless Joke and then attempting to circle back to her in the shower, but it is time to check back with Imogen. As Laurie Boris pointed out last month water can stimulate creative thinking and that’s what happened to Imogen. Everyone learns in different ways and I daresay that studying something using a different learning tool provides a different perspective and ultimately a better understanding. It isn’t clear what thoughts washed through Imogen’s mind in the shower that day. Rumor is it started with thoughts of a hot young actor and somehow eventually led to thinking of all the people who had helped her find her way in Indie World. (I like to think Kevin Bacon was in the middle of that chain of thoughts somewhere.) From there she thought about a buddy system at her daughter’s school where older kids are paired with younger students to help them navigate their new environment and on to the time when she acted as a PhD supervisor, assisting graduate students. That was when she had her light bulb moment.

The way to repay those who had helped her was to pay it forward (which must have become a cliché almost as fast as show me the money) by acting as a mentor to others who haven’t traveled on the indie path as far as she has. Then she went one step further and started roping others into her scheme.

She started with a small group of author friends who call themselves the Cutting Edge Indies. Each of these has had success on the indie path with multiple books published and in some cases long writing careers before becoming indie. For example, Romance author Donna Fasano had well over 20 books published by Harlequin with sales approaching four million before going indie. Since then she’s seen her books hit the upper reaches of the Amazon bestseller lists multiple times. Beth Orsoff has had books published traditionally and by Amazon as well as multiple indie titles.

Then they spread their nets, looking for other indie authors willing to act as mentors to up-and-comers, and they caught some big fish that include at least four authors who have seen their books hit the top of the New York Times Bestseller lists. (Do the names Howey or Hoover ring a bell?)

Thriller author M.P. McDonald, who oversees matching mentees to appropriate mentors, hopes this program will help newbies avoid some of the pitfalls and mistakes she made in her early days. McDonald explains, “A lot of new writers think that it’s too much for them to do alone. If we can help them present their book(s) in a professional manner, they’ll feel more confident, readers will have better choices, and self-publishing will move up a few rungs on the ladder of respectability. There is a lot more respect now than there was just two years ago, but we’re still clawing our way up as a group.”

However, while being an altruistic endeavor, these authors also recognize that mentoring someone can be valuable to the mentor. CEI Mentor S.L. Baum told me that, “by helping others, you also help yourself… you can always learn a few things (even from someone who is totally new to publishing).”

If you’re interested in joining in, either as a mentor or mentee, visit http://cuttingedgeindies.blogspot.com/ for more details and contact information.