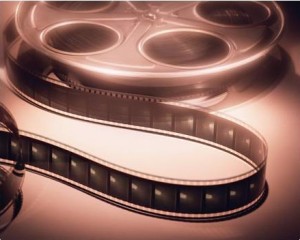 The biggest hope of many authors these days is having a book adapted to film. Screw the Big 6/5/4 (whatever) Publishers. When there’s a starburst on your book cover that reads “Now a major motion picture,” you’ve really made it.

Still, few authors are going to have the kind of clout needed to call the shots about translating the book to the screen. That is very likely going to mean the movie will be different from the book, and WAY different than you imagined it.

An author’s artistic integrity is a precious thing. We also hope that a great movie will drive book sales even higher.

Sadly, Hollywood doesn’t always get it right. Here is my list of the top ten different ways Hollywood can snatch failure from the jaws of success in making an adaptation:

Changing the ending
They decide that the poignant, painstakingly crafted ending you wrote for the book just doesn’t translate to the big screen. This happens quite often. They might want a character you killed off in the book to live in the movie, or somebody who lives in the book might be killed off in the movie or they might replace the quiet and moving death scene at the end with an explosion. Hollywood likes explosions.

Combining/eliminating/adding characters
They do this every once in a while. Why? Who knows? Maybe they were over budget. So don’t be surprised if that sage advice given by Pepe the gardener in your book comes instead from the hybridized character of the gardener/basketball coach/bartender when they make the movie.

Changing your characters’ dialogue
Even if they agree to allow you write the screenplay, it doesn’t mean they won’t have their own writer just “punch up” the dialogue a bit. “A bit” is Hollywoodese for “beyond recognition.” Sometimes this happens because they have a big-name actor who has a tagline he likes to work into every movie. Still, I’ll be back might not work as well as Frankly my dear, I don’t give a damn.

Eliminating parts of the story line
Sometimes we write in a character as a foil for our main character. Let’s say our main character spent some time recovering from wounds he received during the Vietnam War and he developed a relationship with a nurse, whose care and compassion changed him forever. Yeah, that will all be replaced by a tattoo and two lines of dialogue.
“What’s that tattoo?”
“That’s to remind me of a nurse who once took care of me. Her care and compassion changed me forever.”

Adding story lines
They might do this to make the good guy gooder or the bad guy badder, but even worse is when they say they like your story about a woman farmer struggling to make ends meet during the great depression, but they have one little twist: zombies!

Casting
It can be a hard pill to swallow if you had always envisioned Colin Farrell  and Scarlett Johanssen  as your main characters and they instead cast Clint Howard and Rachel Dratch. If you don’t know who these people are, you’ll probably be just fine. Probably.

Changing the time period or setting
So your book was a contemporary tale about a British woman in a loveless marriage who finds herself stranded in Paris. It still works if it’s a Brooklyn girl stranded in Alabama during the civil rights movement, right? No? How about if we add zombies?

Including gratuitous scenes
You know that one scene in about 90% of movies where someone walks into the wrong room and a topless woman screams in surprise and doesn’t quite manage to cover herself? Yeah, that scene wasn’t in the book.

Using the wrong production vehicle
Most of us probably imagine a live-action version of our books with real actors, but that is not the only option available to Hollywood studios. You could end up with an animated feature, a Muppet version of your book, or even claymation. Dang. Claymation zombies are the worst.

Ultimately, you’ll have little control over what the visionaries do with your book. You’ll just have to cry yourself to sleep after rolling around on a big pile of cash like Scrooge McDuck, and count yourself lucky if they don’t turn it into a musical.