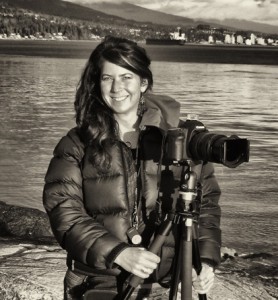 This difference can be explained through the tone of voice and context of a verbal conversation. The Left brain does not understand things like indirect language, how the tone or cadence of the voice can convey irony or sarcasm. It does not understand how context is different from the literal meaning. Suppose you and a friend were trying to divide a work-load. Throughout the process, you were feeling that the load was tipping extremely on your side. You became overwhelmed, feeling like you were being overloaded with the things you needed to complete, while your friend slacking off. After internalizing those emotions, you made a comment like “Okay! I’ll do that too!” with a hissing sound while curling a lip. This is the part where if your friend had an intact brain, they would realize that one, you have much more on your plate of things to do than he does, and two, that you are pissed. A person with an impaired Right brain would only understand that you would take on the last task too. To simplify, the Left hemisphere handles what is said while the Right hemisphere focuses on how it is said. Neither side of the brain can do the job without each other; we need the text of our lives to be in context.

The example above shows the verbal ability of the Right brain to put words in context by understanding visual facial expressions or nuances of the unspoken words that lie between the lines or the subtle expressions of body language. But what happens when we are not present to witness these nuances? When we need to convey them indirectly through adjectives? This is what we see lost much too often in written form of text messages, email, or just poorly written narrative. Yet, if done right, this is where a great writer shines in his/her ability to convey through words the exact description of an emotion, scene, or situation.

Also, contrary to the textual Left brain, the Right brain is more visual. Our vision is our most dominant sense and this is reflected in our own internal hardware since more of the brain is devoted to processing vision than all the other senses put together. By Showing and Not Telling we are painting a visual image of the situation for our readers, a visual image which their Right brain can see and hence put our words in context.

So next time you are confronted with writing an emotionally triggered scene, take into account the importance of conveying the subtle nuances that are normally interpreted by the Right brain and its need for a clear and descriptive visual of gestures, eye movement, and other facial cues. These are so crucial in grasping the accurate feel of the moment so your readers will be able to visualize the exact emotion and understand the context of your text.

Sharon Tenenbaum was originally trained as a civil engineer but embarked on a career change to become a fine art photographer. Sharon has won multiple international awards for her work, teaches workshops around the world. Learn more about Sharon at her website and her Author Central page.