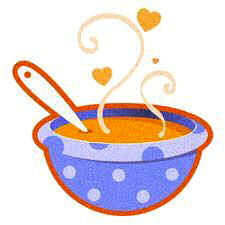 I would guess most non-writers think that the minds of writers pretty much operate all the same way: you get an idea, you write it down, expanding as you go. Years ago, I might have thought that myself, but my last few books over the last couple of years have completely disabused me of that notion. Every project has illustrated to me in ever-greater detail that my mind can work in vastly different ways when doing this singular yet very complex thing – writing.

Generally I get the kernel of an idea, jot down somewhere between five and ten major plot points, figure out the chronology of what happens when, and start writing. As I’m writing, I go back and forth between the work itself and the story bible, adding details like the characters’ names, descriptions, background, and psychological make-up as they are revealed to me. (Yes, I’m as surprised by these things as my readers might be.) The story itself grows organically out of all this back-and-forth, stutter-step writing. There are times when the story leads me in a different direction than I had planned, and then I have to go back and amend my story bible, maybe reorder the timing of events. It’s not an exact science by any means. At least not for me.

Then in 2013, a story idea flashed inside my brain like a supernova. I mulled it around in my head for a few days, letting it evolve, but then it became too much and I had to start writing it all down. Every evening during my down time (watching TV, doing the dishes, etc.), I would get more and more ideas, more details, so every morning I would be pounding the keys to get it all down before it evaporated. I needn’t have worried. The story flashed out sudden, clear and concise, like a laser beam darting across the page. In 39 days it was done.

Whoa. How did that happen? I was as amazed as anyone I told about it. I’d never had a story come to me so fully, so clearly, so completely. And because I wrote it so fast, I just knew I’d need to go back and do some major editing, put more meat on the bones. But — no. It was about 95% done. It just needed a few tweaks here and there.

Now this is a form of writing I could get used to. No sitting staring at a blank page; no lying awake at night trying to figure the relationship angles, the story arc. Ideas filter down into the brain, put ‘em down on paper and — BOOM! — done.

Had I entered into a new phase of my writing life? Had I reached some pinnacle of efficiency? Was I going to be a writing machine from this day forward?

The next book fell comfortably, if not happily for me, into my old process. Well, okay, I can live with that. This one had actually been about half-done and I had put it aside when that laser hit my brain. It only took three months to finish it and get it out there on the shelf. No speed freak, but not bad.

Enter my latest WIP. Back in April of this year, I got this idea to write about a female archaeologist who, while surveying a site, connects across 1,000 years of time with an ancient Sinagua woman who lived at that site. (I wrote earlier about doing some research for this.) Here it is the end of the year and I’m only on Chapter 3. Who turned off the laser?

This book, I’m finding, is more like a simmering pot of soup. It’s on the burner on low, quietly bubbling away, and every once in a while I add something to it. I’m volunteering at the archaeology center and actually learning artifact cataloging. I’ve completed one class on making cordage with local plant fibers, and the next class will be learning how to survey a site. All this goes into the soup. My husband and I periodically prowl the local sites near our home. We examine the pottery sherds we find (but put them back where we find them), and note the layout of the pit houses and cliff dwellings. More substance for the soup. I’m also reading everything I can find on the Anasazi (or Pre-Puebloans) and the Sinagua, the local north central Arizona line of that culture. More seasoning for the soup. The pot on the stove continues to simmer, the new ingredients melding with the original, the tastes and smells mingling as they assimilate. On a good day, I might get a paragraph or two written. The soup is just not ready yet.

It boggles the mind how one action — writing — can have such different processes and yet lead to similar conclusions. Obviously, story-telling uses many different parts of the brain. I suppose it’s all part of our human nature that this “simple” task can be so complex, so hard to pin down, and so surprising.

19 thoughts on “The Writer’s Mind: Laser vs. Soup”