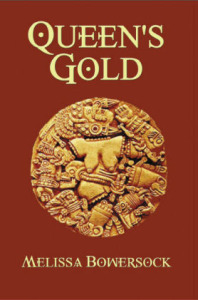 The knocking brought Hal slowly out of a dream. What was that? Had to be the biggest woodpecker he’d ever heard. He glanced at the bedside clock—3:35am. Too early for woodpeckers. The knocking continued, more insistent. Hal flung the bedcovers off and reached for a robe.

“Coming!” he shouted as he crossed the living room toward the door. Through the small hammered-glass window, he could see the dark form of a person. He peeked through the peephole and was startled to see a uniformed policeman.

“Yes?” he asked, opening the door only about six inches.

“Is your daughter Wendy Thompson, sir?”

“Yes. Why? Was there an accident?”

Hal let the officer in, less than happy about the man’s reticence. The more reluctant the man was about announcing the problem, the less likely it was to be good news. He steeled himself.

“We found your daughter’s car on Centre Avenue Southeast, near the airport. It had apparently been struck from behind, because there was damage to the rear end, but the damage was actually slight.”

“Is she all right?” Hal repeated.

“Don’t know?” Hal could feel his patience ebbing away.

“Not …” Hal allowed his legs to fold, falling heavily to the couch. The officer took the chair nearby. “What do you mean, not at the scene?” Hal asked in confusion. “She wasn’t in her car?”

“No, sir,” the officer sighed. “The car was found in the street, engine running, lights on, but no sign of your daughter. A call was made from her cell phone to 911 at …” he checked his notes, “… 1:14am, but then was disconnected. We did find her cell phone in the bushes beside the road.”

“Disconnected?” Hal furrowed his brow, trying to make sense of all this. “Did she say anything? Did anyone talk to her?”

“No, sir. The call was disconnected before contact was made.” The officer apologized with his eyes. “Do you know what she was doing in that part of town, sir? Do you know if she had been with anyone?”

“Do you know how we can get in touch with that man, sir?”

Hal stood up and walked to the hall doorway. “Brian?” he called out. “Brian, wake up and get out here, would you?” Turning back to the officer, he said, “My son. He may know where Tim was staying.”

“Walsh,” Hal supplied, taking his seat again. “He’s from UCLA, came here to talk to me about … about Mexico. He and Wendy seemed to hit it off, and I think they spent quite a bit of time together this week.” He had a sudden thought. “Did you try her apartment?”

“Yes, we did, sir. No answer. We got the manager to open it up for us, but there was no sign of her or any recent activity there.”

“No sign of … a struggle?” Hal forced himself  to ask.

Brian lumbered to the doorway in his sweat pants, rubbing one eye with the heel of his hand. “What’s going on, Dad?” he mumbled. His other eye opened blearily and he looked from the cop to his dad.

“Wendy’s missing,” Hal said. “The police found her car in the street, but she wasn’t with it.”