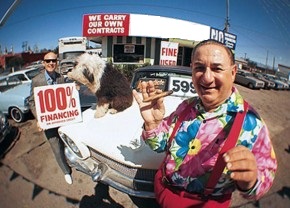 I’m an Indie author, with only a shaky grip on the whole concept of Marketing, however I recently stumbled across something that really resonated with me as a reader:

‘We are all competing for clock share. First our work has to be worth our audience’s time; only then can we talk about trying to get some of their money.’ – Tom Simon, Clock share: Writers vs. the competition, February 2, 2015

The context for this comment was a discussion about pricing, and the value of ‘free’, or to be more exact, the devaluing of free.

The camp that believes ‘free’ devalues our work equates time and effort with value. Those on the other side believe that a book, once published, becomes a product, and products have no intrinsic value other than whatever the market will allow.

The idea of ‘clock share’ however, puts a whole new perspective on the question because it puts a value on the reader’s time, i.e. even if the book was free, the reader is still investing something of value in it.

Teasing this idea of clock share out a little further, I believe that every time a reader downloads a book, and is disappointed by it, they have wasted not just time, but a little bit of ‘faith’ as well. What value do we place on faith and trust?

Yet even if we concede that both writers and readers invest something in a book, how does that answer the conundrum about pricing?

Again, I want to look at this from a reader’s perspective. When I had more money than I have now, I rarely downloaded free or 0.99 cent books because:

Now that money is a bit tighter than it was, I’m more prepared to check out the free books, and have recently discovered two, new, sci-fi authors as a result.

To answer at least some of those questions, I’m going to go back to my previous example. The authors in question were recommended to me by another Indie author whose work I respect. So chalk one up for word of mouth, but I was still a long way from biting; I had books on my TBR [to-be-read list] already. I didn’t need any more.

Then, having been told about said authors a couple of times, and having been given the link to their website in an email, I thought – I’d better check them out, just so I can say I’ve done so. That got my foot in the door, so to speak. The kicker, however, was that the authors had two of their earliest books up for perma-free.

You don’t have to be Sherlock Holmes to guess that I downloaded those two free books, and read them. However this voyage of discovery would have ended right there if the stories had not fired my imagination as a reader. Luckily, they did, and now I’m a fan who will go back and buy everything else they have ever written.

And right there, I think, is the moral of my story – word of mouth, a free sample, and great quality turned me into a repeat customer!

Wooing the repeat customer is nothing new – the concept has been around forever, and used to denote the difference between a ‘hard sell’ and a ‘soft sell’. Used car salesmen were notorious for selling lemons via the hard sell because they did not care if the customer came back again, so long as they got his money now. Quality goods, however, were sold via the softer sell of word of mouth and tasteful advertising …in order to woo the customer back.

I believe much the same situation still exists in the digital market place of today. Free may be the hard sell that suckers readers in, but if the quality is not there, they will never go back to that author again.

By contrast, a softer sell that uses ‘free’ in conjunction with quality, and other tools, may not work as fast, but it will bring in repeat customers, and isn’t that what we all want, longevity?

21 thoughts on “Soft-Selling Books in the Digital Age”