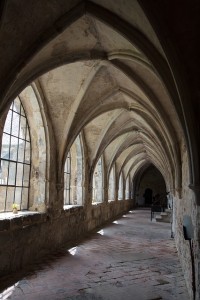 So if you remember my post about cultivating inspiration, you’ll know that I’ve been re-reading all my favorite books and using them to launch myself whole-heartedly into my own WIP. I’m now reading my favorite book on the planet, A Prayer for Owen Meany, which I’ve read at least twenty times. You’d think by now I’d have the entire book memorized, yet every time I read it, I see something I never saw before. This time, I’ve been acutely aware of foreshadowing.

If you’re not familiar, foreshadowing is a literary device authors can use to hint at some action or meaning to come later in the book. It can be handled in many ways, from a subtle allusion to a 2×4 upside the head. Earlier this year, our own Laurie Boris wrote a post about the most ham-handed way to foreshadow, aka telegraphing. As I’ve been reading Owen Meany, however, I’ve been struck by the more ingenious ways to foreshadow, ways that — had I not already read the book twenty times — I would probably completely miss.

It got me to thinking: why do we foreshadow? Why is it attractive for the author? Why, when it’s well done, is it gratifying for the reader?

There is something inherently satisfying about having a thread that underscores a story, even if that thread goes underground at times and is beyond the reader’s consciousness. In a mystery, for example, that foreshadowing can be seen as a trail of breadcrumbs, tossed down so haphazardly here and there that there might be no appreciable pattern, yet when the reader gets to the final reveal, they can look back and say, “Ah ha!” at all the small details they either caught or missed. In a non-mystery like Owen Meany, the reader might be more engrossed in the way the story unfolds rather than actively trying to solve a crime, but the foreshadowing supplies that same cohesiveness in the end. Looking back, the reader understands that Owen’s removal of the front claws from the stuffed armadillo, the armless totem of Watahantowet, and even the dressmaker’s dummy all point toward the final climax and resolution of the book. The foreshadowing provides a foundation at the beginning, even if it’s not immediately recognized as such, and it provides a symmetry at the end. It brings the story full circle.

What I’ve found interesting in my latest re-read is that some of the foreshadowing has been so subtle that it’s been invisible to me until now. I love this book — I’ve loved it from the first time I read it — but every time I re-read it, I seem to gather more meaning from it. It makes me wonder, why did I love it from the start, even when I didn’t really “get” all the cues and all the hints? Was I getting it all on a subconscious level before I got it on the conscious level? There’s no question that getting it on the conscious level is supremely gratifying, but now I wonder if getting it on a subconscious level might not be as much so, at least enough to draw me back to the book again and again. There’s so much about the makeup and operation of the subconscious that we don’t understand, but there’s no question about the strength of it and the way it leads us unerringly wherever we need to go, even if we don’t yet realize our destination.

And the best part? All this reading and thinking is giving me great ideas for foreshadowing in my WIP. I hadn’t really planned on doing much of it before, but the ideas are definitely making themselves known to me now. And they’re the kind of ideas that just seem to pop up as I’m writing, that just seem to leap onto the page on their own, as if my subconscious has taken over the keyboard. That’s when I know there might be more to the story than I realize. That’s when I know I’m not just laying down a single path, but that there are layers in the matrix that even I might not yet be aware of. That’s when I know I’ve got texture and depth in my story. That’s hitting the mother lode.

12 thoughts on “Foreshadowing: Layers of Writing, Layers of Consciousness”