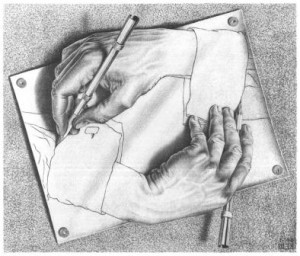 I’m sorry to inform my dear friends and readers (more on that later), but after exhaustive research and continuous toil involving the consumption of 235 megs of information, 84 gigs of bandwidth and 753 bags of taco chips, I have come to the undeniable conclusion that the independent reader no longer exists. The reader, that is, who simply purchases a book and reads it, with no intention of reviewing, commenting or writing something similar.

As near as I can make out, the last extant reader of books for her own enjoyment is Mrs. Fanny Bruce of Nottinghamshire (pronounced “Notshur”) in England. This poor lady is in the middle stages of dementia. Her family gave her three Agatha Christie mysteries for Christmas in 2013, and her caregiver reads them to her in a continuing sequence. The dear old soul lives in an imaginary world where Agatha Christie is still alive and putting out a new mystery every few months.

And that is considerably more realistic than the world we writers live in.

You see, all the other readers have gradually drifted away to their reality TV, their online games and their MineCraft universes, leaving us to write for the only available market that remains: ourselves.

Yes, my friends, the whole publishing industry is one great self-licking ice-cream cone, with writers buying each other’s books, reading each other’s reviews, and publishing lengthy treatises on sites like Indies Unlimited, telling other writers how to write, publish, and promote their books. This spiral resembles the Worm Ouroboros, who eats his own tail in Norse mythology. Come to think of it, the Norse invented Runic writing, didn’t they? Maybe they knew something way back then…

The last person from the “outside” who actually bought a book was Josef Conradskya, a Polish immigrant meteorologist who, on March 17, 2014, bought a used copy of “Tropic of Capricorn” on eBay, thinking he was getting a basic treatise on World Geography. When he discovered his mistake he was so disgusted that he returned to Poland to write a book on “English Writing Jargon for Dummies,” which has done rather well on the Amazon market, there being a lot of customers of that ilk around the world. To be accurate, he made his purchase before he became entangled in the writing business, so the statistic still holds, although it is tainted by his subsequent actions.

No, think about it. What’s the first thing we tell every newbie writer in the business? Get a web page. Write about writing. And who reads these pages, if anyone? Other writers, of course. Look at this post. How many (assuming there were any) everyday readers would click on an article entitled, “The Myth of the Reader?” That’s right. But authors? Well, you’re reading this, aren’t you, and you’ve actually made it halfway through. The defense rests its case.

The Changes Brought by Independents.

This conspiracy was, of course, started years ago by the Big   Three publishers, who created the system in the form of a revolving door where you emptied your pockets on the way in and found yourself poverty-stricken and back on the outside again immediately. The recent advent of the Independent Writer has mushroomed the industry. I mean, how many million writers are hooked on Amazon? If every writer buys five books a year (and the true addicts buy far more than that) think of how many books are sold. And Amazon, the biggest parasite of them all, takes its cut on every sale.

Publishing and the Drug Trade

It is not a stretch to compare the publishing industry to the illicit trade in illegal drugs. Young people are enticed into sampling its pleasures with free offers. Once they are hooked, they are encouraged to write more, to use the multitudinous parasitic services that cling remora-like to the belly of the beast.

And where do most new victims come from? Well, universities are the greatest procurers. A whole new batch of potential victims, who have made the dangerous threshold step of paying money to take undergraduate “introductory courses” and MFA in Writing courses, are then lured into writing by professors, who attain their positions by – what else? – publishing. And don’t get me started on civic and school libraries.

The nice thing about the publishing trade is that it is self-regulating. New writers either get hooked and fall into usual the social patterns: withdrawal from society, obsessive behaviour, weird eating habits, the whole gamut. Or else they try it for a while and then fade back to their X-box and disappear with little harm done.

And at the other end of the spectrum; once you’re hooked, the only way out is…death. But that’s all right, because it ensures a weeding out of the cynical old coots, to make room for the new recruits. Ain’t it sweet to know that you’re involved in the universal rhythm of life?

And the great advantage to this scam is that it’s perfectly legal! Even encouraged. The drug dealers are the losers who dropped out of school before they got an education. The smart ones paid their dues and jumped straight to the top of the publishing trade: the editors, promoters, and Amazon entrepreneurs who actually make money at the game.

Publishing and the Stock Market

In big business, a whole inverted pyramid of financial transactions is based on a very small number of actual producers. 90% of the money in the stock market is made in the derivatives market by people who bet on whether the stock market will rise or fall. Similarly, most of the money in the publishing industry is made by people who are not writers, but Internet service providers, writing app developers, mail carriers and librarians.

Just like the big capitalists of the Industrial Revolution are slowly being pushed out of business by the socialist masses, the Big Two are declining as the dinosaurs of the publishing trade. Soon they will be extinct, and the Independent Revolution will have succeeded. However, there still won’t be any readers.

Just you and me, reading each other’s books in the eternal circular dance of the hopeful.

Oh, by the way, have you read my new book?

29 thoughts on “The Myth of the Reader”