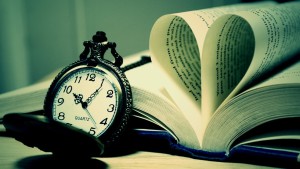 I admit it: when I see certain things in a book, it sets my teeth on edge. One thing that sets me off is abuse of the past perfect tense.

What’s past perfect tense, you ask? Let me explain.
.

Let’s say you sent the following two sentences to your editor:

Vivian never saw a skyscraper before she visited New York. So by the end of her first day in Manhattan, her neck ached because she was spending so much time looking up.

And she kicked them back to you with the following edits:

Vivian had never seen a skyscraper before she visited New York. So by the end of her first day in Manhattan, her neck ached because she had spent so much time looking up.

What’s the deal? Does somebody slip your editor five bucks every time she adds the word had to a manuscript? Alas for your poor, beleaguered editor (who could use the extra dough), that’s not what’s going on. Your editor is putting to see and to spend into past perfect tense, which is always formed by using had plus the past participle of the verb in question.

Let’s use our old friend, the timeline, to sort it out.

Our nameless narrator – that’s you – on the right-hand side, is in the present, writing about some events that happened in the past. On the left, there’s a point in time when Vivian had not yet seen a skyscraper. Then comes her fateful trip to New York, and boom, her history of never seeing a skyscraper is immediately over. Because that event has ended, the verb describing the event needs to be in past perfect (had seen).

The scenario for our second sentence is a little bit different.

Again, you, as the narrator, are in the present, writing about events that happened in the past. The bracket on the left shows Viv’s long day of walking around Manhattan and gawking at skyscrapers. At the point in the middle, she’s ensconced in her hotel, rubbing her sore neck. She’s done looking at skyscrapers (for now, anyway – one presumes she’ll pop a couple of ibuprofen and be back at it tomorrow), so her rubbernecking requires a verb in past perfect tense (had spent).

This much is pretty clear for most folks. Where people run into trouble is when the verb that ought to be in past perfect is to have. Because that’s when you run into the awkward-sounding, and seemingly redundant, had had.

Shelby had had the ability to fly long before her mother found out.

Yeah, sorry, that’s correct. The narrator, in the present day, is talking about a period of time in the past when Shelby had been able to hide her flying ability from her mother – which ended as soon as Mom discovered her doing loop-the-loops over the backyard.

I recognize that this had had business can get old after a few sentences. I can think of a few ways to get around it, and the first one that comes to mind is to pick a different verb. To have is not exactly an action verb, after all. In Shelby’s case, our narrator might write instead, Shelby had learned she could fly long before her mother found out.

Another fix is a bit of a cheat, but it works well with a first-person narrator: use a contraction. I’d had that teddy bear since I was a baby not only sneaks in the first had almost painlessly, but it’s more conversational, so your narrator will sound more like a real person.

My final suggestion is for a case in which you have an extended section like a flashback, in which every action ought to take a past perfect verb. In that case, I think, you can get away with using past perfect verbs just a couple of times at the beginning of the section, and then again a time or two at the end, to signal to the reader that you’ve temporarily moved your story deeper into the past.

Any other suggestions for work-arounds?