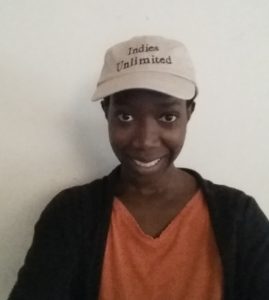 As you probably know by now, the staff authors here at Indies Unlimited are referred to as minions. No one is sure exactly how or when that started, but it stuck. What you may not realize is that all the minions (and everyone) here at IU work for free. That’s right, they don’t get a dime out of this. They do it out of the goodness of their hearts. So our Fearless Leader (admin) thought it would be nice to give some props to the minions by featuring each of them in a spotlight interview. We hope you enjoy it.

What is your name?

What is your quest?

To live long and prosper. Wait, that’s the Vulcan greeting. But, still a good quest. I’ll do that.

What is your favorite color?

What the heck were you thinking when you did that one thing that one time?

I was thinking, “I hope these Amish people aren’t Children of the Corn murderous types.” OK, perhaps I started thinking that after I did the thing, which was lock my keys in the company car when I went to interview some Amish folks about the school they were building. I had driven from Wichita (Kansas) to Yoder (yes, I said, Yoder) at the request of my editor. At the time, I had been thinking I needed to interview these people who’d shunned every other reporter, and were likely about to turn me away. I was distracted by the impending defeat when I slammed the car door shut only to immediately realize the keys were inside. Since I had my notebook, I marched up to the door and asked for an interview, which they refused. Then I asked if they could help me out in any way (that didn’t involve a telephone, car, modern equipment or communication) because I’d locked my keys in the car. Luckily, the man who answered the door — one who had a beard to his belly — knew how to use a wire hanger to unlock a car door. And while I was clearly curious why a man who was weari 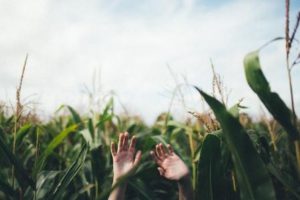 ng a shirt fastened by straight pins rather than buttons, knew how to jimmy a car door open, this was clearly a don’t ask/don’t tell situation. You just drive away thankful they were not Children of the Corn types — or even if they were Children of the Corn types, that they didn’t lure you inside with the promise of stories about how they learned about breaking into cars.

If you could be a tree, what kind would you be?

I’d be an Ent, as in the walking, talking tree type from the Lord of the Rings. I don’t think it would be fun to be a tree stuck in one place. (And don’t get technical on me; I understand that Ents are tree-like beings and not actually trees. However, Ent is still my answer, so you’re stuck with it.)

When was your first book published?

Life First was my first book published, and that was back in 2013.

What is your favorite genre to write?

Tough one. I’m a bit of a chameleon. I like to write many different things, but at the moment, I’m doing a lot of dystopian, post-apocalyptic. So, we’ll go with that.

What’s the best part about writing? What’s the hardest?

The best part is that you get to set your own schedule. That’s also the worst part. You can goof off and get off track if you’re not committed.

What makes being a part of the IU community important to you?

I think it’s important to give in life, and IU is a way to give back to the indie community. I learned a lot–and still learn a lot–from other authors who’ve posted their experiences online. I think it’s important to share the knowledge we’ve gained over time.  If someone stumbles across the blog and finds information that helps them, that makes me happy. Life isn’t a zero-sum game. We don’t lose when someone else wins, so I hope to write stuff that helps other people win.

Why do you choose to go Indie?

What do you love most about being an indie?

I think the freedom of it all is nice. You can work at your own pace, you can test the market and see what works and what doesn’t work. You get to put out an end-product that you’re happy with.

What are you working on now?

Right now, I’m working on a three-part series about a town that lives behind a wall, and is afraid of the creatures “out there.” I’ve finished most of book one, but plan to quick-release the series, so I need to write books two and three, as well.

Who is your own favorite character, and why?

Hmmm. A favorite character I’ve written or one I’ve read. One of my all-time favorite characters if Luna Lovegood, from the Harry Potter series. Oddly enough, she doesn’t come in until book five, which feels hard to believe, given how much she really fills the space in that group. But, she’s a wonderful character who has heart, is authentic, and is memorable, even though she plops in after more than half the series is done. But I think that’s the great thing about her. Despite her late entry, if feels like she’s always been there, like she belongs. I think I’d love to write a character that fits in so well. In terms of characters I’ve written, my favorite at the moment (and it can change depending on my mood) is Susan Harper, from my Life First series. She really is spunky, fun, principled, determined. Just a really awesome character. She’s a bit like Luna, in the sense that she really took on this life of her own. That she filled a space I didn’t know needed filling. She started as a side character meant to drive some of the main character’s fear in Life First, but I really really fell in love with her, and when I was thinking about book two, I knew Susan had to be a big part of it.