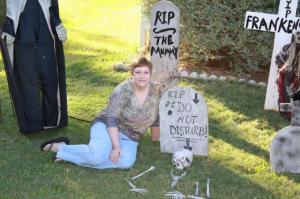 “How did you go about setting up the book signing?” “Weren’t you nervous?” “What would you have done if no one had shown up?” These are the common questions I have been asked since my book signing event. The answer to the second question; YES, I was as nervous as a cat in a room full of rocking chairs! However, I also want people to read my book. Let’s face it, even in today’s time; many people just don’t love the internet as much as we do. Heck, even if they are the type that spend 23 hours a day on the net, there is still a huge chance that they will never come across my Facebook page, website, or blog. I had to find another way to advertise; a more personal way. To answer the third question; if no one had shown up, I would have come back home with a box full of books, but at least I would have the satisfaction of knowing that I tried. END_OF_DOCUMENT_TOKEN_TO_BE_REPLACED 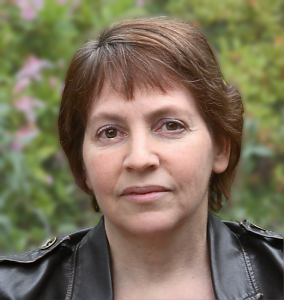 For those who don’t know, National Novel Writing Month (NaNoWriMo, or NaNo) is an online activity sponsored by the nonprofit Office of Letters and Light. Each year, during the month of November, writers all over the world attempt to write at least 50,000 words of a novel entirely within that month. You can post your word total online and see charts showing how far you’ve come, how far you have to go, what your average word count per day needs to be in order to finish, etc. There are forums for asking questions (e.g., “How much arsenic would it take to kill a turkey vulture?” or “What language(s) do people speak in Lichtenstein?”), or suggesting memes to be incorporated in one’s novel (e.g. the notorious Traveling Shovel of Death). If you reach 50,000 words, as measured by the website’s word count validator, you are a “winner” and receive various symbolic goodies, plus a free proof copy of your book from CreateSpace.

My first experience with NaNoWriMo was secondhand. In 2009, my older daughter found out about NaNo somehow and decided to give it a try. (She had written a number of short stories and poems, but nothing longer.) She came up with her plot during a car ride with a friend. She persevered despite the demands of her senior year in high school, and a mid-November trip to visit the Savannah College of Art and Design. She “won” with a day or two to spare, producing a lovely road-trip coming-of-age love story.

At her age, I had not yet despaired of writing fiction, but I had already given up on writing novels. After writing a novel at age 10, realizing it was dreadful, then starting and abandoning another at age 14, I wrote poetry for a few years and tired of my poetic style. Still sure I was meant to write, searching for my proper form, I signed up for a short story writing seminar. One day, as we were discussing our work, the instructor cheerfully commented that I had done something or other quite well for someone who “wasn’t a born writer.” Having my lifelong certainty so casually contradicted was a last straw. I stopped writing anything but the expository prose required for my literature classes. I went to law school and learned to churn out persuasive argument in quantity. END_OF_DOCUMENT_TOKEN_TO_BE_REPLACED

Check out Greg Allen’s interview with the cool Lia Fairchild.

Interested in learning how to make bookmarks? Jac shows you how.

M. Edward McNally puts you some knowledge about his awesome Norothian series of epic fantasy/adventure books.

Take a look at some cool book trailers over at Nancy Lee Parish’s blog.

Paul Roemer provides helpful tips on how to bluff your way through any meeting.

I contacted friend and Author Martha Randolph Carr to see if she’d be willing to give IU readers a sneak-peek at her latest thriller, “WIRED.” She happily complied with enough material to make into a series of sneak-peeks!

Martha describes “WIRED” as an old school thriller set in 1989 just before the age of the internet, cell phones, home computers or even ATM’s. She invites the reader to “Enjoy reading about an era that had more in common with the technology of 1889 than 2011 and a time when people had to lay eyes on each other and communicate face to face if they were going to stop a killer.”

Available as an e-book on Amazon, Barnes and Noble, Smashwords, and iTunes.

Also, be sure to check out Martha’s excellent website. Without further ado, we present the first excerpt from Martha Randolph Carr’s “WIRED.”

A piece of hair lifted in the breeze, gently rolling before settling back against an ear. Flies and gnats darted around, buzzing at the upturned ear, but no hand was raised to bat them away. The morning was cool with a light breeze that raised the fine, downy hair all along her back and down her slim bottom, stopping where she had carefully shaved all the hair from her thighs to her toes.

Her face looked out toward the large dirt parking lot that curved around in the shape of a half-moon. If she had lifted herself up onto an elbow, she would have seen the edge of the bluff and the beginning of the tall grass and weeds that marked the steep descent down toward the old parts of town.

Her arms were stretched out to one side, the hands coming together in what looked like a last prayer. Whoever had laid her there had been gentle when they were putting her down. She hadn’t been dropped and left.

From a distance, particularly in the headlights that night, she looked as if she were sleeping with her knees curled up to meet her elbows. A guy honked his horn a few times before getting agitated and throwing his car into park. Told his girlfriend in the seat next to him to wait as he pushed the door open and stomped over to tell the girl to get out of the way, sleep it off at home.

Later, he’d shake and cry as he called the police, trying to explain what he knew, who he saw. Tell them that the girl was in his class at school, that he had seen her earlier that day, that her skin was so cold to the touch. He’d have nightmares about it for years to come, each time snapping awake before he touched the body and felt the skin slacken under his fingers.

The summer was about to take an ugly turn for the worse, for everyone.