(*It’s the rate of writing that’s slow, not the pace of the fiction…) 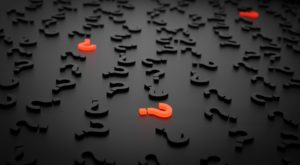 Back in 2012 I tried enrolling a novel of mine in KDP Select, or whatever it was called back then. I booked five FREE days, and was surprised when the book got thousands of downloads, hitting the number one free download ranking in both the US and UK Amazon stores. In the month that followed, thanks to the generous Amazon algorithms at the time, I sold several thousand full-priced copies of the book.

It was about then that I got a mail from a company called BookBub, explaining that they had promoted the title for FREE, without me knowing. That’s how BB started, targeting mainly indie authors as a means of showing how effective BB advertising could be.

I remember saying on Indies Unlimited back then that however beneficial a FREE run on Amazon might be, I didn’t think I’d ever pay to advertise the fact. Pay to give stuff away? I mean, who’d do that?

These days BB slots are highly coveted, even ads for FREE books, and there are dozens of smaller sites taking up the slack for those who can’t get onto BB. FREE became firmly established as the loss-leader of choice for series writers in particular, and especially for longer series, where title #1 (of five, six…) is often priced as permanently FREE. This no doubt it keeps the sales ticking over, with sporadic ads pushing things along on both the FREE and paid titles in the series.

As I write, FREE as a marketing strategy might be on its way out. Amazon has long since limited its influence on sales ranking, and also limits the number of free titles an advertising site can push while retaining its Associate status.

So, FREE is perhaps no longer the easy road to steady sales, even for those with a long list of titles on which to base their promos. But what about those of us who write slowly, and have only one series to promote? That’s the situation with me. Book #1 of my solitary series came out in December 2011, and book #3 was published last month. Not exactly white hot speed at the keyboard.*

So, even as I stir myself manfully towards the first etchings of a plot for book #4, hoping to have something substantial on the page before the televised stages of the Americas Cup in June herald in another unproductive summer (see particularly the sun-related EXCUSES, above), what should I be doing to promote the series as a whole? Is it time to make book #1 PERMAFREE? That’s 33% of the current series, and although it’s not a cash cow, the money it generates is definitely worth having. I’d have to sell 50% more of the other two titles just to recoup the lost revenue.

The question is, am I now in the same position vis PERMAFREE as I was about paid FREE ads five years ago? I dunno. But if PERMAFREE is the inevitable route for series writers, then it seems equally inevitable that its effectiveness will diminish as more series are promoted this way. There are currently plenty of voices on Kindleboards saying exactly that, and I haven’t even tried it yet.

It may be that I’m too late. If so, how long will it be before free-based promotional strategy takes over and becomes the norm? Moreover, what will it be?

Here are some suggestions: 1) Setting up a permanent advertising budget on Amazon (for example, a percentage of net earnings for a title), effectively ceding a portion of your income to Amazon simply to maintain sales traction; 2) Bundling a FREE title with every bought one; 3) PERMAFREE for titles #1 and #2 as the norm; 4) PERMAFREE on all books until they attain a certain number of downloads/page reads, then you’re allowed to charge for the titles (it could be called ‘threshold-oriented crowdsourcing’).

Who knows… People keep reminding us that the pie has not gotten any smaller (insert link to the wiki article on zero-sum games, or a photo JA Konrath in the jacuzzi). Yet just getting a few crumbs now seems to cost more, be it in ads or lost revenue, or both. If one could pre-empt the next promotional trend, it seems as if vast sales and great riches must necessarily follow. So, any thoughts?

All I can figure out to do right now is offer up free review copies of THE COMMUNION OF SAINTS, crime thriller #3 in my John Ray / LS9 series. I figure that is becoming a necessary focus because, really, what happened to people leaving reviews on Amazon? The formula used to be one review for about 200 sales. Did reviewing stuff on Amazon become unfashionable all of a sudden? I guess I’m always late to the party.