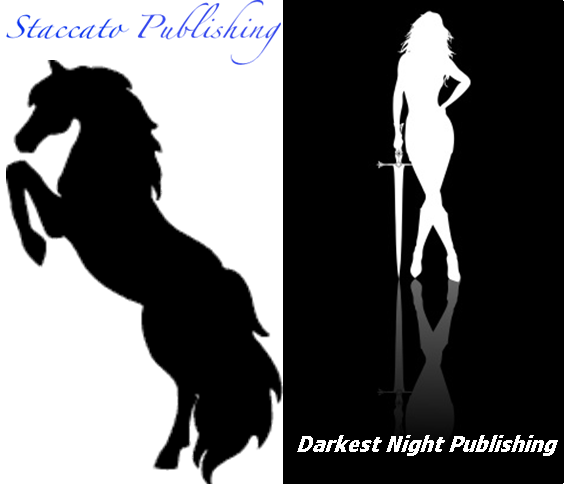 Staccato Publishing and digital imprint, Darkest Night Publishing are the companies of author and publisher Heather (HK) Savage. Heather comes from a decade of editing and marketing experience as well as a stint in insurance working with contracts and negotiating settlements with attorneys. “Staccato Publishing officially opened its doors March of 2011 with two authors. We now have six authors with an epidemic of 4 and 5 star reviews from large and small industry reviewers and several titles now on the shelf at local indie bookstores and large retail chains such as Barnes & Noble,” she says.

Last year she put out eight books (three digitally, five traditionally) in the Paranormal, Urban Fantasy, Fantasy, and Mystery genres. “Some titles are YA and some adult. We are due to release between six and eight in 2013 in those same categories. Digital releases require less lead time and therefore can be prepared more quickly. We have several titles that will be fall 2013 or spring 2014 that fall into that category.” END_OF_DOCUMENT_TOKEN_TO_BE_REPLACED