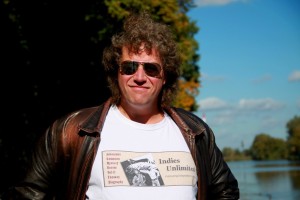 Finally, they appear to be accepting that Indie Authors are here to stay. Writing for paidcontent, the interestingly-named Laura Hazard Owen began her report with the book-with-the-unmentionable-title, which, somewhat worryingly, is being held up as the perfect example of the self-published goldmines that potentially await the mainstreams. Of course, now that E. L. James’s trilogy is rumoured to have sold over 50 million copies, big-hitting mainstream people are lining up to point out that she couldn’t have done it without them, and that thanks to Random House, her “relatively modest success” was turned into a “maelstrom of money”. END_OF_DOCUMENT_TOKEN_TO_BE_REPLACED

In what is believed to be a first, on 1 October a mainstream publisher will open its doors, for a limited period of two weeks, to unsolicited submissions of full-length manuscripts, including self-published novels.

This represents remarkable admission by a mainstream publisher that Independent Authors have something to offer. Voyager, which is the Science Fiction imprint of HaperCollins, is looking for “10 to 12 new authors”, one of which it will publish monthly over the course of next year. END_OF_DOCUMENT_TOKEN_TO_BE_REPLACED