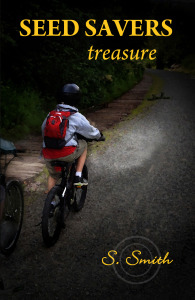 It’s 2077. There’s no apocalypse, but some things are different. Things like the weather, the internet, and food. In twelve-year-old Clare’s world, blueberry is just a flavor and apples are found only in fairy tales. Then one day Clare meets an old woman who teaches her about seeds and real food, despite the fact that it’s illegal.

Can the children learn enough before being stopped by GRIM, the government agency controlling the nation’s food?

And can they, only children, help change the world? 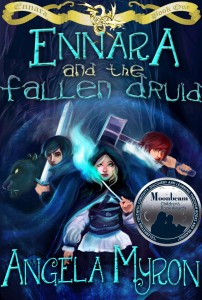 Eleven year-old Ennara Gaern’s quiet life changes when one night she is attacked by a shadowy demon.

Tork, an old friend and wizard, informs Ennara’s parents that she is her world’s only hope of finding the legendary Sword of Gisilfrid, which is needed to destroy the curse that is creating the demons.

Ennara begins a perilous journey to the Sunken City, battling dangerous oceans and pirates intent on claiming her magic. With only her friends at her side, including the intelligent, aquatic cat Smoos, Ennara must defeat monsters guarding the sword and servants of the Fallen Druid.

Ennara and the Fallen Druid, the middle-grade fantasy adventure by Angela Myron, is available from Amazon.com, Amazon UK, Barnes & Noble, and other online booksellers. 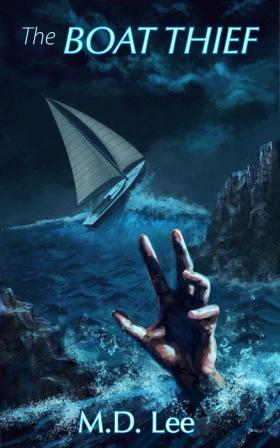 What was in the large canvas sack young Fisher saw the Police Chief and the Mayor heave into the trunk of an old Buick?

Whatever it was he saw, he shouldn’t have because now they’re after him.

He believes running away is the only choice to keep himself alive. There aren’t many ways for a kid to escape, but living in a coastal Maine town there are hundreds of islands in the vast open sea to go into hiding. Stealing a small sailboat and disappearing into the night, he does just that.

The Boat Thief is a boy’s sea adventure with the ocean testing Fisher Shoemaker every step of the way.

This book is available from Amazon. END_OF_DOCUMENT_TOKEN_TO_BE_REPLACED