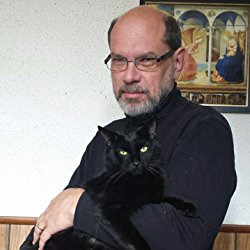 For the past fourteen months, I’ve read and written flash fiction for IU’s weekly contest. Experience and a bit of research has taught me several things about this art form. At the risk of making it harder for me to win than it already is, I’d like to share some insights with you.

“Flash fiction” usually refers to short stories of 1000 words or less that contain character and plot development. For the IU contest, the length restriction is fairly harsh: 250 words maximum. It could be worse. Variants include “twitterature” (140 characters, obviously), “dribble” (50 words), “drabble” or “microfiction” (100 words), and so forth. Don’t bother memorizing that unless you really feel like it.

Once called the “short short story,” flash fiction is nothing new. Its practitioners include such luminaries as Kafka, Lovecraft, Hemingway, Clarke, Bradbury, and others. Various print and online journals devote themselves to it, while many periodicals that print longer fiction will consider flash fiction. Flash fiction isn’t a toy. It’s a real, potentially marketable, form of literature.

So how do you write it? Basically like any other story, but given the space limitations, everything is compressed. You get but one conflict, generally a simple one, without subplots or excess complications. Your conflict plays out through ordinary story structure: beginning, middle, and end. Believable characters must populate the story, but no more than necessary: one to three, I would suggest. Ideally, their every word and action conveys personality and advances the plot.

Structure is paramount. It drives everything else. So let’s talk structure.

The beginning of any story presents the hook, which creates the initial tension. Novelists can spare a page or two on the hook and expend a full chapter developing it. When writing a typical short story, you might expend a paragraph or so to hook the reader and a page to reel them in. Not with flash fiction! Find an instantaneous hook. One sentence. Maybe two, but only if one just won’t suffice. Here’s how I led off my one and so far only IU Editor’s choice award-winning story.

That’s the entire beginning. Two words. It creates tension by suggesting danger. Wanting to know why Vic has to be careful, you’ll follow me into the middle.

Escalating tension characterizes the middle, which is the bulk of the story. Many other things, such as subplots, come into play here in longer stories, but not in flash fiction. In flash fiction, you have zero room for anything other than the development of a single conflict. Everything — description, dialogue, action — must advance the plot, intensify the conflict, build the tension. But it doesn’t have to be linear. Why does Vic have to be careful? I don’t tell you right away. My second and third sentences change the subject:

His words drifted by, careless as the wind. Feeling had abandoned his voice, not at once but like summer slipping into autumn fading into winter.

We’re at the climax now, the point of greatest tension when we transition from middle to end. In the end, conflict is resolved, tension drops to zero, and the story ends. In a novel, you have a chapter or so to handle this, including tying up loose ends. In a typical short story, you get maybe two or three paragraphs. In flash fiction? One or two sentences. Three tops, if you really need it, but loose ends don’t fit here, so don’t create any. Throughout, keep a laser focus on your story’s single conflict. For Vic and Ron, that conflict is his need to be rid of her. It resolves in a single, action-packed sentence.

Let’s talk about that resolution for a moment. Short stories typically end with a twist, a plot development the reader didn’t see coming but which makes sense. Ron is about to push Vic to her death. She’s blind. He’s maneuvered her to the edge of a cliff. You’re expecting him to kill her. But hey, I can’t let him get away with that! It wouldn’t grab you, wouldn’t stick in your memory. I can think of several equally plausible endings, one of which I used. (Oh, go read it yourself. No spoilers today.) In flash fiction, the twist should be considered mandatory. It comes in all shapes and sizes, from characters being surprised to the whole situation pivoting on its elbow. Recently, I presented a man admiring a sunset while his wife groused about it. Turned out it wasn’t a real sunset, but a painting he’d just created!

So there you have it. Now all you need is practice. Go ahead, write some flash fiction. Enter it in the IU contest if you wish. Just please, don’t beat me!

Dale E. Lehman is a software developer, amateur astronomer, and novelist. His third Howard County Mystery, Ice on the Bay, is due out in February, 2018. His writing has also appeared in Sky & Telescope. You can learn more about Dale on his website and his Author Central page.