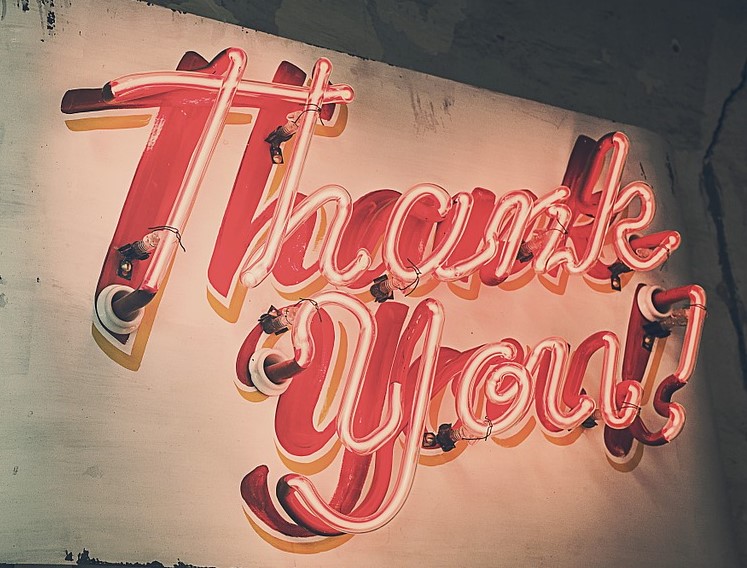 Anyone who follows pop music today has heard Ariana Grande’s song, Thank U, Next (not totally safe for work, FYI), an ode to the wisdom she has learned from her past loves. The moral of the song is that even failed relationships teach you important things, so they are valuable.

So, that got me thinking, what would such a song might look like if written by indie writers? These are the failures indie writers can be thankful for and what they’ve taught us.

Thought I’d publish my first draft. That was a mess. Yes, there are some authors who write the first draft and decide to hit publish. Or they write and revise, but never take it to beta readers or an editor. Usually, that proves to be a mistake. Most authors need to revise, get feedback from beta readers, and get an editor before publishing their final product. These interim steps help ensure readers get a fully formed story in the best shape it will be. But, for those who made the mistake of publishing that story before it was fully polished, thank you reviews and sales for reminding us to never do that again. Thanks. Next.

Made some covers myself. Now I look and just laugh. Yes, everyone has been at the cover stage and wondering what to do. Often, people will fancy themselves artistic, or simply realize they can’t afford a great cover artist and attempt to tackle it themselves. It almost never works out well. Covers are the gateway to books, and they make a huge impression on readers. Books that do well despite a bad cover, are doing just that: succeeding in spite of a hindrance. They’d do ten times better with a good cover.  (Check out our book cover resource page.) Unfortunately, most books cannot succeed with a bad cover. So, for all the bad covers we made, thinking we were all that, we say thank you for showing us the error of our ways. Thanks. Next.

Even almost signed with a vanity publisher. I’m so thankful for not doing that. While Grande’s song mentions her thankfulness for not marrying the wrong guy, writers who considered vanity presses are pretty thankful they didn’t sign contracts with those scammy publishers. Vanity presses promise publishing success, but generally just want to bilk writers for money. Those who did sign on before realizing these folks were scam artists had to go through the hassle of a publishing divorce (i.e. trying to get out of that contract by hiring lawyers or being stuck until it ran its course). Those who happened upon IU’s Predatory Publishers Recap guide or saw the vanity publisher outed elsewhere were lucky not to be tied up contractually with something that would not be a good fit. While looking at the contract and almost signing on could’ve been fraught with peril, we’re thankful we saw it and passed. When we sign onto a contract, we want it to be a good fit with a legitimate publisher that lasts. Thanks. Next.

While we could go on (marketing failures, anyone?) we’ll throw the ball to your court. If you could add a verse to Thank You, Next, writer’s edition, what experience would you thank and what did it teach you?

4 thoughts on “Thank You, Next – Writers’ Edition”