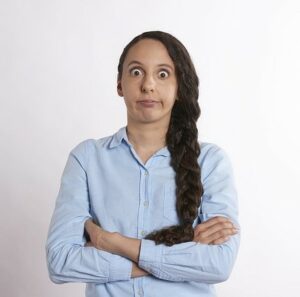 Sometimes when you’re cruising the intertubes, something jumps out at you that makes you want to spit out your coffee. For me, it was a gem of advice in a Q&A on Quora.

The query, edited for length, was: “What do traditional publishers provide that self-publishing doesn’t?” The question drew the typical answers: a cover from a professional cover designer (which indies can also buy), great editing (ditto), marketing assistance (a little harder, but doable – and midlist authors at traditional houses often have to find help, too), and placement of your book at brick-and-mortar stores (okay, I’ll give them that one – although it’s not impossible for indies).

But it was this throwaway line at the end of one comment that caused my spit-take: “Don’t forget to do a POD print edition, even if its layout is pure template-driven and it’s not up to pro standards in production values. Ebooks with print editions sell better than ebooks without.”

There’s so much here to unpack.

First, if you’re fairly new to the indie author business, POD is an acronym that you may not have come across. It’s short for “print on demand,” and it refers to the way IngramSpark and CreateSpace, and now KDP, do business. Traditional publishers print up a few thousand copies of a book and leave them sitting in a warehouse until a brick-and-mortar store places an order for some of them. That’s an expensive way to do things. There’s the upfront cost of printing books you may never sell, as well as warehouse rent. Modern publishers (ahem) print books on demand – in other words, only when they’re ordered. It’s more cost-effective and it saves trees. All good things, right?

Now that we’ve gotten that out of the way, we can talk about the rest of that sentence: “Don’t forget to do a POD print edition, even if its layout is pure template-driven…” Here, she’s talking about the look of the interior pages of your book. I guess you could hire a graphic artist to style your interior, but why? You can do a lot of styling yourself by gussying up a template. (I don’t use interior templates, personally – I do all my own formatting. Why, yes, I do enjoy inflicting pain on myself – why do you ask?)

Then she whacks indies on the noggin: “…and (if) it’s not up to pro standards in production values.” Now hang on there a minute, sister. I’ve been making money from my books for nine years. I am a professional. I produce professional-quality work. And I’m not crazy about your implication that I’m just a hobbyist or something.

So now that she’s insulted me, she goes on to say this: “Ebooks with print editions sell better than ebooks without.”

Really? Where’s your evidence for that? Because I’m pretty sure all the erotica authors out there would beg to differ.

We did a quick survey of the IU minions, and it turns out none of us could support her thesis. Most of us sell way more eBooks than we do paperbacks – and that’s true whether or not a print edition is available. The exception is those of us who do public appearances at book fairs and other events. They do pretty well with selling print editions. 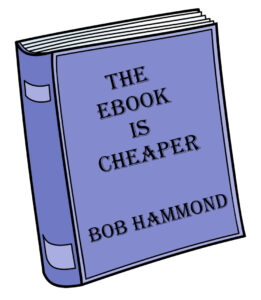 There is a reason to create a print edition of your eBook: It can help you with marketing. I created an omnibus edition of my five-book series The Pipe Woman Chronicles so that I could market the eBook as a steal (“more than half off the cover price!”). I’ve yet to sell a single copy of the paperback – not even to myself.

There’s one other way that a print edition can help you: If your main business is not as an author, but as an authority in some other capacity, you’ll want to make your priceless pearls of prose available in print. And in fact, the woman who made the comment above has written a book about making a profit from publishing. She published her book in 2009. And guess what? It’s only available as an eBook.

29 thoughts on “Must You Publish a Print Book?”