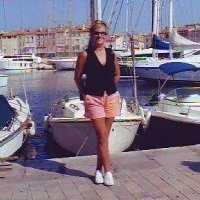 Recently, I gave an interview on The Good Health Show with Dr David Friedman. It was a relaxed interview discussing the many ways we should try to accept getting older and appreciate who we are rather than battling the signs with face lifts and botox.

It was a far cry from my first interview at a local BBC Radio Station. I had bombarded the BBC with wild claims about my debut novel and in the end had succeeded in procuring an interview on a popular morning show. I had been invited to talk about NaNoWriMo and had prepared copious notes about the subject. Nervously, I waited for the cue to enter the small room in which sat a male presenter. I could hear the show which was being played through the tannoy system as I waited, my hands shaking, in the waiting room. Nerves kicked in early, after all, I was a writer not an after dinner speaker. Eventually, I was hustled into a darkened room where I discovered I couldn’t see my carefully detailed notes. Needless to say I fluffed the interview. I cringe to this day at the ridiculous answers I came up with. It was farcical. END_OF_DOCUMENT_TOKEN_TO_BE_REPLACED 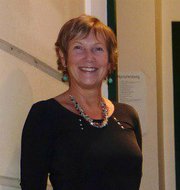 Mini Skirts and Laughter Lines recently won a Reviewers Choice Award from Readers Views. A large certificate and shiny new stickers are headed in my direction and my book will proudly display this new accolade. I can call myself an award-winning author which of course, does wonders for my publicity. I have sent out a whole new batch of emails to local press telling them about the next J.K. Rowling who is under their noses.

It’s a difficult job though getting your emails read and picked up by a reporter or show producer. I found most of my emails were going directly into people’s trash. Reporters aren’t too keen on receiving emails from authors shouting about their latest work, even if it has won an award. END_OF_DOCUMENT_TOKEN_TO_BE_REPLACED

Friend and author Carol Wyer was interviewed on BBC Radio Nottingham last night. She talks about her book, Mini Skirts and Laughter Lines:

Desperate housewife Amanda Wilson can’t decide between murder, insanity and another glass of red wine. Her shelf life is up. Not only is she facing 50 but she hasn’t had sex with her morose husband for over a year. She really shouldn’t have pressed that ‘send’ button. They say your past always catches up with you – still, her colourful past is far more exciting than her monochrome present.

Mini Skirts and Laughter Lines is Carol’s first in a series of novels, lampooning and harpooning the aging process.

Carol is an avid social net-worker, and is also the comedic mastermind behind the blog Facing 50 with Humour. Among her American fans, she has been given the nickname BOTUK (Bombeck Of the UK) for her humorous style.

Aside from her writing, Carol has spent the last decade trying out all sorts of new challenges such as kick boxing, diving, flying helicopters (yes that is her with the whirlybird in the photo), learning to paint, and attempting to teach herself Russian.

Carol says she’s now ensuring that her fifties are “fab not drab.”  She reports that this is all much to the dismay of her “. . . neglected husband who has to put up with ready-made meals and a very dusty house.”

Her entertaining BBC interview is in two parts. You can listen to part one here, and part two here. Both segments are short, but entertaining. Totally worth it if for nothing more than to just hear her accent!

Mini Skirts and Laughter Lines is available in print from Amazon US, Amazon UK, and Barnes and Noble (among many other retailers) or in multiple e-book formats from Smashwords.