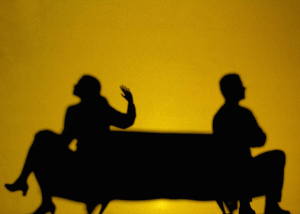 I recently ran across a couple of articles describing a joint DEA/FBI/PD task force that busted several people working for one of the big Mexican drug cartels in the U.S. One article was all about how the operation was one of the biggest busts in that state’s history and how it put a nail in the coffin of a powerful cartel in particular and drug running in general, and went heavy on blaming the drug cartels. The other piece took a different approach, citing drug use statistics and the toll it takes on everyone involved, and blamed America’s addiction to illegal drugs for the escalating cartel influence in the U.S. Of course, the truth is somewhere in between the two extremes, and it got me thinking how this related to writing and the indie community (yeah, I see connections everywhere—even when the link is wafer-thin). END_OF_DOCUMENT_TOKEN_TO_BE_REPLACED

I am going to share a very important secret with you. It is part of what makes IU successful. It helps me sell books. It helps my friends. It helps the community. And you can do it from the comfort of your own bathroom (or kitchen…whatever). It’s called pimping, and you don’t even need a feather hat (it helps though).