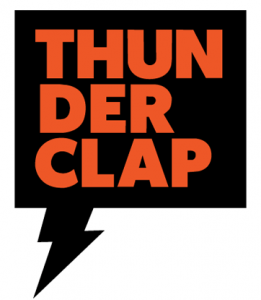 Unless you’ve been busier than Kanye West’s damage control team, you might have noticed indie authors using various crowdfunding ventures like Kickstarter to raise the scratch to produce their books. Ask people what they think about the practice and you’re bound to start an argument, usually about the money. But what if you could engineer a crowdfunding effort that uses a different sort of currency—the social media reach of those generous enough to lend their support to your book promotion? That’s what programs like Thunderclap and HeadTalker aim to do. END_OF_DOCUMENT_TOKEN_TO_BE_REPLACED