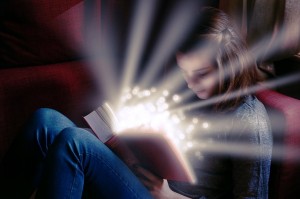 Decades ago, when I was still trying to get an agent, I received a rejection letter that particularly stunned me. In that letter, the agent passed along his reader’s comments on my epic fantasy novel. One of the comments was that the book would never sell because one scene contained material that was inappropriate for children.

Mind you, this was several years after Stephen R. Donaldson’s Lord Foul’s Bane had been published. That epic fantasy featured a rape in chapter 7. Nobody had confused it with a kids’ book, and it seemed to have found an audience just fine.

Times have changed. I don’t think anyone in publishing believes fantasy novels are strictly kids’ stuff anymore – not after J.K. Rowling, and Twilight. Of course, even with massive adult readership, those successful series have been labeled “young adult” by their publishers. Then again, George R.R. Martin’s “Game of Thrones” is clearly fantasy, and definitely not aimed at kids.

Anyway, fantasy is big right now. And there are so many flavors! Everyone always thinks of epic fantasy first – you know, like Lord of the Rings or “Game of Thrones.” But Wikipedia lists thirty-four thematic subgenres for fantasy. They’re not all set in mythical realms, either – the stories in many subgenres are set in the present day. The one thing all fantasy fiction has in common, Wikipedia says, is the use of “magic and other supernatural phenomena as a primary plot element, theme, or setting.”

Literary purists sometimes denigrate the fantasy genre. But think about it: our earliest stories, as a culture, are fantasies. Beowulf is the story of a hero who’s called upon to slay a monster. What would you call that, if not an epic fantasy? A Midsummer Night’s Dream? Fantasy, right down to the fairies. King Arthur? Fantasy.

The best fantasy literature doesn’t simply rely on magic as a deus ex machina. Instead, the author uses magic to explore the character’s thoughts and feelings, as well as his or her relationship with other characters and with the world at large. If you give a character the ability to level civilization with the flick of a finger, it doesn’t matter whether that finger is poised on a nuclear bomb detonator or shoved in the pocket of their hoodie. Either way, your character now faces a dilemma, and the way they solve it will explain a lot about who they are and what they stand for.

I came home to fantasy after trying my hand at literary fiction in graduate school. The stories I wrote back then were pretty good, but somehow, they seemed to fall flat. They were missing something. My work needed a spark. It turns out that what it needed was magic.

These days, I write primarily urban fantasy – stories usually set in a city, and often in the present day, but with magical elements. I suppose I could also call it mythic fiction, as my work uses myth or folklore as a springboard. Or I could simply call it contemporary fantasy – set in the present day, but with magic. Some of my books also fit under the paranormal romance umbrella, although the romance is usually a fringe benefit rather than the point of the story.

Literary fads may come and go, but fantasy has stood the test of time. I expect I’ll keep writing it for many years to come.

13 thoughts on “Why I Write Fantasy”