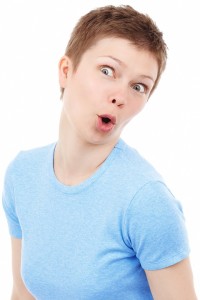 I’m not sure when my life became so encapsulated by writing that I began to put parameters around it. I don’t write horror. I don’t write erotica. I don’t write crime dramas. I never tell the same story twice, and I never, ever write sequels.

And yet we all know that writing can be a whimsical mistress. I’m not a planner; I don’t have my next three novels plotted out. Most of the time when I’m done with one book, I have absolutely no idea what I’m going to write next. Not the plot, not the characters, not even the genre. After I finish writing a book, I will allow myself to lounge in the fallow field of not-knowing, waiting for the muse to glance my way, crook a finger at me, and wink.

The past eight months have been very productive. I began one book in June and finished it in November. That’s quicker than average for me. I’ve spent as much as two years on a book, or dashed one out in 39 days when the stars were all lined up. Five months was pretty decent. That done, I had no other projects in mind and I could take my time and enjoy the editing and polishing process, the blurb writing, and the cover design, etc. At the very least, I had the holidays to concentrate on, so I was in no hurry.

A new idea hit me right in the middle of the forehead along about December 15. I was vacuuming. Just minding my own business, happy as a clam, and then this idea starts to form. And build. And clamor. How rude. I tried to put it off for a couple days, thinking if I paid no attention, it would go away, or at least take up a space in the TBD file in my head. No such luck. It wanted to be a book. It demanded to be a book.

So I started writing. As always, I had a very loose idea of the story, and I introduced secondary characters as I needed them, not being particularly concerned with them since they wouldn’t figure largely in the book. Ha. One secondary character began stealing every scene he was in. He had a very dry wit and was a great counterpoint to the drama of my main character. I really liked him. And a week before, I had no idea he even existed. How does that happen?

Long story short, I wrote the book in seven weeks. I was obsessed. Not only that, but I really regretted ending it; I liked the characters so much, it was painful pulling away from them. And coincidentally, I ended it just at the beginning of a new life chapter for all of them. Hmmm.

Now, my husband is always hounding me about doing sequels. He has loved most of my books, and there are a few that he insists merit sequels. But I don’t DO sequels. I refuse to write from any place except pure inspiration. I refuse to mechanically plot out a story, to try to duplicate an earlier book that came from that mysterious blending of magic and muse. I’ve seen it over and over again in books, in movies: the characters go on, but the stories either fall flat or become so convoluted that they lose all touch with reality. Nope, nope, nope. Not going to happen. Not me. Not them. No.

Ha (again). The continuing story starts playing out in my mind. The characters begin to evolve. The story lines start heading out for the horizon, like footprints in the sand, leading me on. And the surprising part, for me, is that the story lines make sense. They are logical extensions of the characters. They’re not jump-started by some weird circumstance that comes from out of the blue. They are, in fact, based on a deepening of the characters themselves.

Surprisingly (for me), I embrace the new story. I’m writing a sequel. Holy crap. Now, not only am I writing the new story, but I’m looking back at the last one, figuring out two titles that will connect, figuring out the tag line to explain the two-book series, figuring out how much of the first story I need to retell in the new one and how the new one might also stand alone. All new territory for me.  Blazing the trail. Doing what I never thought I would do.

At least that’s what I tell myself. But I know now that I can never say never. Not with any authority. Not with any confidence. Because, you know, one of those sneaky muses might just come up behind me when I’m not looking and tap a 16-penny nail into my brain. That’s the beauty — and the agony — of writing. You just never know what it can do. You never know how it’s going to turn your life upside down. But you know it can. And you know it will. That’s why we love doing it.

17 thoughts on “Writing May Surprise You”