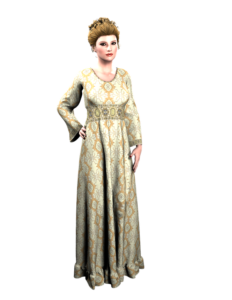 Not long after that I did a beta read for a fellow author which made me think in a new way about my own writing and what I look for as a reader. Yes, the author you do a favour for may not be the only one to benefit. Haha.

A third incident, actually from a new promotion coach I met on-line, asked me a similar question. Why do I write what I do? What drives my passion?

I have said before that my writing is character-driven as opposed to plot-driven. That is not to say that I neglect plot, or even setting, but rather that these are used to allow my protagonist to change and grow. This is also what I look for when I read. It may explain why mystery is not a genre I am drawn to. Nor do I normally choose court dramas, or action adventures. I will often stop reading a book that does not have characters who show me how they tick and why, or who don’t grow or change as a result of what happens to them. Those books bore me. Fortunately the book I beta read was atypical – a mystery with a wonderful character who struggled with personal challenges and changed as a result.

I realized that, while I create strong female characters (and this is deliberate), mine are not the ass-kicking, system-bucking rebels I have seen in many novels. My characters’ strength is often seen as unremarkable, taken for granted, and in response to a need, not as the result of a desire to be exceptional or noticed. Her role, while often unconventional, is not to change her world but rather to rise above it in response to a situation.  Recognizing this made me realize that my main male characters are not much different in this respect. Now that was a revelation I had not had before.

I love to explore what “strong” means to me. This involves looking at gender roles in non-conventional ways. To that end I create worlds, settings, and cultures that never and never will exist. A participant at a workshop I attended a couple of months ago took me seriously to task for calling my trilogy “pseudo-medieval” and not making it historically accurate. To her historical accuracy was paramount.

My response is that creating a non-real society allows me to manipulate social mores and removes the constraints existing cultures place on expected behaviours and their outcomes. By creating an imaginary society, I can manipulate situations that otherwise would not be possible, or at the very least would be seen as rebellious or too far out. I want characters that will be accepted as normal and to explore gender in ways that the constraints and expectations of existing cultures would render less believable. My female characters get respect for their inner strength, not for trying to change the existing system, but rather from adapting to challenges within it. I create women who, like real people we meet in the real world, become strong because they are presented an unusual challenge that gives them a choice – to fold and conform – or to meet it. To me, that makes them more real, more believable, and easier to identify with without the protest that what they encounter could never happen.

I used to wonder if I was wimping out by portraying women in somewhat traditional roles. But I have made my peace with the idea that we can stay within tradition and still be strong and worthy of respect and admiration. Call it my quiet revolution – effecting change without making a big hullabaloo.

20 thoughts on “A Different Take on Strong Female Characters”