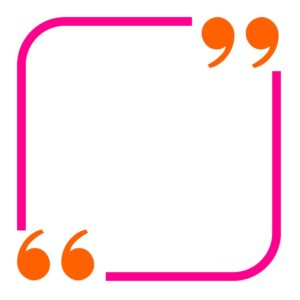 Here at Indies Unlimited, we often get questions about the knottier issues of writing. Recently, Lynne Cantwell discussed the use of italics; today we’ll talk about quotes. In my editing work, I use the Chicago Manual of Style (CMoS), and that is my source for this information on using quotes.

Sylvia he asked opening the door what are you doing

Without the visual clues of quotes and punctuation, this looks like a weird mishmash of phrases. The reader would certainly need to peruse this a bit to glean its intended meaning. But when we put in the visual clues, we get this:

“Sylvia,” he asked, opening the door, “what are you doing?”

Ah, makes much more sense now. So let’s talk about the various guidelines for quotation marks.

Obviously, quotation marks are used to delineate and offset direct quotes — dialog — and separate them from the main storytelling text.

The basic guideline is that you need an open quote before the beginning of the dialog and a close quote at the end of it. Think of it as a closed system, requiring a start and a finish, like parentheses. Have you ever seen a single parenthesis used without its bracketing opposite? No. Quotes are the same, with one exception, which will follow below.

Where things get tricky is when we have nesting quotes. In the sequence above, the phrase ‘rule book’ is offset by single quotes. (CMoS advises that italics can be used for such referential phrases, as well.) If we had used double quotes for that, the meaning of the sentence might be muddied by the repeated visual clues, as the reader would be looking for the close quote to end the dialog.

Now, you may have noticed in the last sentence of that example, we had a pairing of a double and single close quote.

Earlier I said there was one exception to the rule about having a close quote at the end of dialog. This is when the same speaker continues speaking, but changes subjects with a new paragraph.

“Why don’t we go to that new bistro for lunch?” Gloria asked. “It’s only a couple of blocks away; not too far to walk.
“By the way, I saw Fred yesterday.”

Punctuation around quotes can get dicey, as well. Generally in the US, we put our punctuation (commas, periods, question marks) inside the quotes. This is another instance where it’s often done the opposite way in the UK, but we’ll just concentrate on the US usage. Now let’s go back to Harvey.

“I don’t need a ‘rule book,’” he answered.
“Unfortunately, I believe you do,” she said.
“What do you mean, ‘unfortunately’?”

As I noted above, CMoS states that there are times when italics can be used rather than quotes. Italics can be used to show emphasis or to offset a word or phrase, and they are frequently used for titles like books, magazines, or songs. Where it gets a little trickier is in the details of a nesting situation.

The definition of paraphrasing is a restatement of a text or passage giving the meaning in another form, as for clarity or brevity; in other words, rewording. Because paraphrasing is not a direct quote, it should never have quotation marks around it.

George frowned down at the flag in his hands. “Given the current wind conditions and the instability of the bracket on the side of the house, I don’t think this is an optimal time to do this.”
“What did he say?” John asked.
“He said now’s not the time,” Agnes supplied.

Agnes summarized what George said, but she did not quote him directly; ergo, no quotes.

Quotation marks can be tricky, but they don’t need to be. Whenever in doubt, just check the Chicago Manual of Style. You’ll be doing yourself, your editor, and your readers a great favor.