If you’re a writer, you might have heard the names of different style guides bandied about. Or maybe you’ve wondered if “Chicago Style” is what the well-dressed gentlemen of the Windy City are wearing this season. As an indie author, you might mutter about why these rules are being foisted upon us, because if you wanted rules, you would polish up some query letters and try to snag an agent and a big publisher. Turns out a decent style guide can be a big help for all writers who want to share their work with readers. END_OF_DOCUMENT_TOKEN_TO_BE_REPLACED 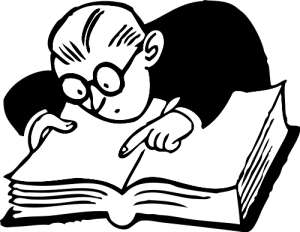 Search the Internet, and you’ll find hundreds of books and websites about how to write and sell fiction. I’ve scanned many over the years, but there are very few I go back to again and again. Here’s a cross section of what I’ve found to be among the best. As usual, your actual experience may vary.

1. The Art of Fiction by John Gardner
Meant for beginning writers, The Art of Fiction contains insights even experienced authors may find helpful. Among other valuable tidbits, Gardner offers good insight into plot structure and fictional time versus real time. Although it was written some thirty years ago, the advice is still current.
END_OF_DOCUMENT_TOKEN_TO_BE_REPLACED

As much as we sometimes pretend we don’t, we love rules. Even the most maverick of writers is receptive to those clever, memorable guidelines, if only to know what to kick against. And the reality is that rules for writing—as for life, let’s face it—are not only abundant but are bewilderingly contradictory.

See, the thing about rules for writing is that, kind of like a yin-yang symbol, they always contain cute little seeds of their exact opposites. Witness the exhortations—from such authoritative guides as Strunk & White’s The Elements of Style and George Orwell’s Politics and the English Language—to err on the side of simplicity, to avoid in particular the pretensions of Latin- and Greek-based language in favour of good old Anglo-Saxon English (put simply and memorably: “avoid fancy words”). Plain common sense advice about plain common sense English, right? Well, yes and no. Outside the secret and no-doubt sordid fantasies of botanists everywhere, Orwell’s example of a snapdragon is still in no danger of being superseded by antirrhinum almost seventy years after he expressed his reservations. Similarly, ameliorate and clandestine have their place, even if we are more often inclined to use help and secret. END_OF_DOCUMENT_TOKEN_TO_BE_REPLACED