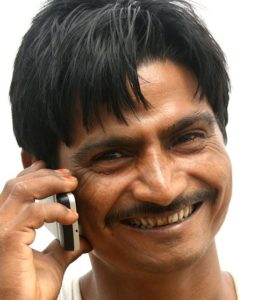 It’s one of those tiny details that trips authors up a lot. How much do you focus on the teeth of your characters? Do you gloss over it? If it’s a romance, do they need Hollywood teeth? Or does everyone of low class look like the meth addicts from Orange Is the New Black?

Many people think in linear terms: the further in the past characters are set, the worse their teeth are. But this may not be a reliable rule of thumb if you’re looking to splash a little bit of historical accuracy into your characters’ faces. But it’s not just about historical accuracy. Thinking about teeth can be one of those little details that speak volumes about your narrative, the technology and tone of your world.

So, how does that impact what you’re writing? Does it mean that the characters in a long-ago era would all have bad teeth? Would it be regional? Sociological? And, what about Austin Powers? The answer is a little more complicated than you might think. Let’s look at history a bit to get a better understanding.

Human History Is a Tangled Web

In general terms of technological and societal advancement, we did not progress in a linear fashion. For thousands of years, human civilization enjoyed a thriving system of government, trade, advanced building technology and medical know-how that provided a high quality of life and allowed for a complex social order. Then, around 1200 BCE, the Bronze Age collapse brought us low, and we would not even begin to recover for centuries. The same level of material wealth enjoyed by the average person would not be seen again until the Classical period.

During the height of the Bronze Age, as early as 3000 BCE, the Ancient Egyptians seemed to know a lot about teeth. Ancient Egyptian dentistry was advanced enough that they wrote manuals on the practice. They drilled cavities, treated teeth ailments with antiseptic solutions and even created physical prosthetics like dental dams, binding replacement teeth into the mouth with gold wire.

Other ancient civilizations, like the Etruscans, made heavy use of these prosthetics, as well as dentures made of gold, advancing dentistry yet further.

We didn’t hear much else about history until the return of writing and complex societies that allowed for the existence of scholars and philosophers. Hippocrates and Aristotle both wrote about treatment of decaying teeth and gum disease. A few centuries later, the Roman writer Celsus expanded on dental science, writing about tooth stabilization and treatment of fractured jaws. The Romans appeared to have picked dentistry up from the Etruscans after conquering them.

After the fall of Rome, written records and medicinal knowledge all but halted for nearly a millennia. Dentistry and other medical procedures were still practiced, but mostly by monks, as education and skilled trades became associated with religious standing.

Dentistry popped up again around 1200, when barbers, of all people, began to practice it. From there, the development of dental science became fairly linear in Europe.

The history of dentistry in Asia, and in the Middle East, was very different to European, Mediterranean and North African development. Countries with historically Muslim populations focused on medicinal, preventative dentistry. The religious rules of Islam forbid altering the physical body, and so dental surgery was not historically performed. This didn’t mean that their dental science was inferior; instead that they focused on cleanliness and non-invasive oral treatment. Early Asian civilizations were also rather advanced in their dentistry practices, but going into the dental differences between the ancient Muslim world, Chinese empires and early India is too large a scope for a little post like this.

What Does it Mean for Your Characters?

Based on the history, I think it’s reasonable to draw this conclusion:

The dental hygiene of your characters doesn’t necessarily depend on the time period, but upon the context of the civilization around them.

A civilization at the height of its grandeur — pre-collapse — is likely to have good dental hygiene and experienced surgeons, because their society can support specialists, writing and science. Characters might have prosthetics, replacement teeth and generally cleaner mouths.

On the other hand, dental care will tend to be worse in other circumstances. If the character exists in a post-collapse world, where societies are organized into small village groups rather than empires or nations, this will be especially true. Even in the context of kingdoms and empires, feudal systems with demographics spread over large rural areas will likely have much worse care. But, even if prosthetics and dental knowledge were rare, people still had access to remedies, tooth drilling and removal through the religious elite. A farming serf is more likely to have missing teeth than a mouth full of rot. There is even evidence that neanderthals practiced rudimentary dentistry, as proven by chips and toothpick grooves found in their teeth.

As with all complex questions, the answer lies somewhere in the middle of the two extremes we’re often presented with. An ancient romantic hero might not have Tom Cruise teeth — he might even be missing one or two. But you don’t need to worry about being inaccurate if you mention that his breath smells nice. The lowliest, grimiest of peasants is unlikely to tolerate rotting teeth. They would likely hit up the local monastery and settle for no teeth at all rather than a grin full of black sludge.

When approached with an eye for wider context, little character details like teeth can be a strong indication of the tone of your setting. They can say a lot about the technology of your world, the wider societal and political situation. For those who care to look, a great deal of information can be gleaned from teeth and other similar subtle character clues. 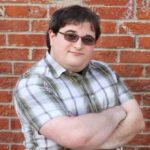 12 thoughts on “Writing and Teeth: Should Your Characters Have Bad Teeth?”