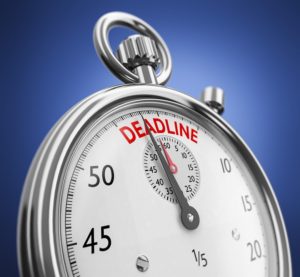 One of the problems that often plagues authors is their writing productivity. It often seems like there’s not enough time in the day to get everything done. If an author is writing on the side, as opposed to a full-time job, then finding time to sit down and belt out the words can be difficult.

However, some writers are pounding out the words through a technique called sprinting. Much like the running equivalent, sprinting in the writing sense is defined as writing as many words as you can as fast as you can, for a short period of time. Usually, people who sprint set the clock at 20 to 40 minutes.

Sprinting is useful because it overcomes some of the mental hurdles that can stop people from writing. One such hurdle is the notion that you need to set aside a big chunk of time to be productive. Not true with sprinting. You need as little as 20 minutes, and some people go as long as 40. In 30 minutes, many writers can knock out a thousand or more words typing (and people who sprint through dictation can do even more). If you’ve got a busy day with several events, you just need to carve out your sprinting time to be productive in writing.

Another mental hurdle authors face is the notion they have to write all of a specific scene or get a particular word count. Once an author commits to the idea of sprinting, they’re also accepting that whatever they get done during the sprint is what they get done. No word count minimum, and no particular scene, has to be completely finished. What’s written during the time is what is written. 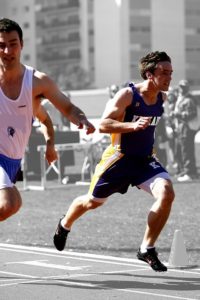 People who like to sprint often sprint multiple times each day. This way, if they do want to achieve a particular word count for the day, they can get it accomplished with multiple sprints. Those who use multiple session sprints for their writing also say it helps them avoid burnout as they’re not sitting in front of their computer for hours at a time. They can go for a walk, run errands, or just get up and stretch.

If you’re interested in sprinting, one thing to remember is that you should have a vague idea of what you want to write about before you sit down. Sprinting works really well for outliners because they have a clear picture of what the story is and where it’s going. So when they sit down to spew words, they can write quickly without worrying they’re going off track. For pantsers, just a clear mental picture of the stuff you want to start to tackle is good. I said earlier you don’t need to commit to finishing all of a scene. But you want to have some idea of what you want to get accomplished, even if you don’t get all of it done.

For those trying sprinting for the first time, in addition to your idea, you’ll need a comfy spot to sit, your computer and some type of timing device (an actual stopwatch, the timer on your cell phone, or your handy kitchen timer). I’d recommend going with 30 minutes, as it’s a nice amount of time to get some writing done, but not so long that you stagnate or run out of steam.

Once your timer rings, you can stop. Not everyone does though. Some people who are on a roll feel the need to finish out a few more paragraphs (to get to a mental stopping point for themselves). Other people just finish the sentence they’re working on and stop. If you plan on doing another sprint that day, or even if you just plan on sprinting the following day, it’s a good idea to jot down any unfinished idea at the end of the session. That will help you pick up where you left off on your next sprint.

I’ve sprinted a bit during the past year and found it really helpful. I will caution that if you don’t have a good grasp on your story, sprinting can take your tale off on a tangent that you find you have to edit out later. So, I would advise having a good grasp on what you want to write.

So, have you sprinted? Do you like it? If you haven’t, do you think it’s something you’d like to try?

9 thoughts on “Is Your Writing Productivity in a Slump? Try a Sprint”