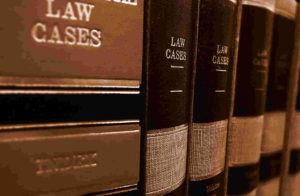 A question that comes up fairly regularly in the mailbox here at IU is whether or not authors can use brand names and place names in their novels. The answer is, unequivocally, yes. Ever heard of a book called, The Devil Wears Prada? Or the novel Sex and the City, which, like the TV show that came after, spoke endlessly of name brands?

Now, yes is the simple answer. But it’s more nuanced than just yes. Generally, if you have a contemporary novel, written in the real world, people are going to exist in it. They are going to go real places. If they live in Washington, DC, they may look out their window and see the Washington Monument. They may visit a Panera Bread while listening to Cardi-B and wearing their Christian Louboutin red bottoms. They may even gawk at the tourists who pass by on a DC Duck Tour. And they should. Because these are all real things that can enrich the novel for readers and really set them in the place. Your characters are going to wear clothes and shoes and eat at restaurants. If they’re like most of us, they’re going to have sneakers that are a common brand: Nike, Adidas, Under Armour. That’s fine to do.

The reason people worry about using name brands and sometimes locations is because they are concerned they will be somehow be sued. Generally, brands can’t sue you for mentioning their product. In fact, name brands love being in your books. They love being portrayed positively in anything that reaches lots of people. So much so that they pay for product placement in movies and TV shows (but that’s another story altogether).

What name brands don’t like is being disparaged. So, if your book wants to have a murderer secretly disposing of his victims in the grinder at the burger joint he works at, then it’s best to use a fake place. Using a name-brand burger joint is opening yourself up to trouble because it unfairly disparages them (suggesting their procedures are so lax that serial killers can dump bodies into their food is disparaging).

So, a quick rule of thumb to remember is name, but don’t defame. If your character eats a Big Mac and then visits the Louvre, that’s fine. But you may want to rethink having the character getting sick off two all-beef patties with special sauce, lettuce, cheese, pickles, and onions on a sesame seed bun.

Real places are easier to use, often because they are public, government run, and open for public use. For example, The DaVinci Code is set partly in the famous Louvre art museum. In fact, lots of heist books and films talk about robberies at famous places (museums and gold depositories like Fort Knox). It’s fine to set scenes in famous locales as a backdrop. Everything from Paris’ Eiffel Tower to New York’s Metropolitan Museum are used as settings in books. One reason these locales are used is because they immediately offer setting. They’re famous spots that people have heard of, which helps both the reader and author in envisioning the place.

Public, famous venues are fair game. However, if you’re setting something in a real city, take care not to give your serial killer the address of a real home. People are entitled to a right to privacy and you publishing their address in a novel, so that they might be harassed by your readers, violates their right to privacy. So, it’s good to avoid using real addresses that are those of private citizens or places. The address your villain lives at in a real city should not be a real address. For example, No. 4 Privet Drive can’t be a real address, because it’s set in the fictional town of Little Whinging, so Harry Potter fans aren’t beating down anyone’s doors looking for those wicked Dursleys who so mistreated Harry. If you’re considering using a specific address (street and number) when you’re in a real city, Google it to make sure it doesn’t actually exist in the city. Using a general neighborhood that people are familiar with is fine, though (“They lived in a ten-million-dollar mansion in Beverly Hills.”) Saying they lived at 4 Privet Drive in Beverly Hills, if there were such an address, would not be cool. In addition to trying to avoid giving out people’s actual addresses by Googling it, it’s also good to include a disclaimer. You can find a list of disclaimers here on the Book Designer.

As far as using famous people in your works of fiction, it’s possible, but famous people are entitled to profit from their name and likeness, and you can’t write a book that trades on their fame or likeness for your profit. Saying in passing that a person is a huge Lebron James fan isn’t a big deal. Having a character who is a Lebron James look-alike who impersonates the famous basketball star, could be a problem. Actress Scarlett Johansson was as hardcore as the Black Widow character she plays when she successfully sued a French author who wrote a book about a ScarJo look alike. Ms. Johansson won her lawsuit in France. It’s not clear how this suit would have done in the US. The book was never translated to English or sold in US markets.

However, this article is speaking generally to how things work in the US. This is not staunch legal advice. These are some guidelines to help you figure out if you might have problem. If you think your use of people, places, or brands in your work of fiction might be problematic, definitely consult an attorney. Can’t afford an attorney? Check with your local arts council. Where I live (Maryland), they have a council for the arts that has attorneys available who can advise people on minor matters for small or no fee. Your jurisdiction may have something similar to help. You can also check our Legal Resource Page for other resources near you.

17 thoughts on “Using Real Places, Products in Your Novel? Name, But Don’t Defame”