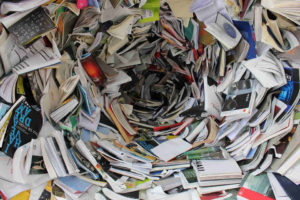 Back on May 1, our own Lynne Cantwell did an interview with Larry Froncek of Voracious Readers Only. Voracious Readers Only is an interesting website with a tantalizing concept. The premise is that voracious readers (you know who you are) can sign up and choose genres they’re interested in. Authors, then, are given the opportunity to showcase their book and give away free copies of their eBook to interested readers. The readers who opt in on a particular book of their choosing are expected to review the book on Amazon, Goodreads, or their own blog, plus they give their consent to be added to the author’s email list.

Sound like a win-win? I thought it did, so I tried it out.

I’ve been working on a series for the last eighteen months or so, and I currently have ten books published in it. I decided to use Book 1 of my series as my freebie, sort of a launching pad for those who might like it and want to read more. I registered the book and was given a run date of March 26.

During the submission process, I was given three options for delivering review files to readers:

3.       Direct opt-ins to a landing page where they can download the file.

I chose the first option (which they say is the most popular); I would have more control over the process, and it seemed more personal. I figured this was an excellent way to start a dialog with the readers which could develop, or not, depending on the reader.

Early on March 26, I got an email from VRO stating that my ad was live and that the system would automatically route opt-ins to me. It would then be up to me to find out what format the reader needed and to get that file to them.

The referred opt-ins began arriving the same day. I got twenty-five in all. I immediately began emailing the readers and asking them their preference for a digital file: mobi, epub, pdf, etc. At one point, my email server stopped sending my emails; it apparently thought I was blasting out spam, so it restricted my send of the same message over and over. Later on, however, I was able to resend those that had been stopped by the server. I heard back from all but one of the readers, and was able to get them the file type they designated. The one reader I never reached: I sent out several emails, but never received any response. I even emailed VRO and they also forwarded my message on, but no reply. Guess she had second thoughts.

I noticed on March 29 that I had a nice spike in sales, and I had no other promotions going on. I believe this was the hoped-for effect, that readers had already gone through Book 1 of my series and were now on to the other books. The fact that my Book 2 was my best-seller of the day seemed to confirm this.

I was cc’d on a reminder message sent out by VRO on April 4. It was a friendly reminder that readers had probably had time to read the book by now, and if so, would they please leave a review. Apparently the readers were asked to notify VRO when they put their reviews up, because I got a couple of forwarded emails to that effect. I thought it was nice that VRO took responsibility not only to remind readers, but to monitor notice of the reviews as well. Obviously they have no real clout to force readers to review, but I suspect that keeping track does help nudge some on. The reminder notice also included an offer of help if anyone was having difficulty uploading the file to their device. Again, a nice touch.

The first two reviews appeared on Amazon on April 6. VRO was notified of their reviews going live, and forwarded their emails to me. The reviews were positive, luckily, and the readers expressed their intent to continue on with the series. I kept a close eye on the book’s sales page on Amazon from that point on, expecting many more reviews in the days to follow, but, sadly… I have not seen any more reviews. To be fair, two reviews were added to the book’s page on Goodreads, but it seemed like a low turnout.

I contacted VRO to ask if my experience was indeed low compared to their averages. I got an answer back quickly, saying that I actually had 3 reviews on Goodreads, 2 on Amazon and 1 on Amazon UK. I checked, and yes, they were all there. (I did notice on my Book Report stats that my percentage of UK readers jumped from 3% to 9% around this time. Maybe there are more voracious readers in the UK than here in the US.) VRO said most authors get between 2 and 5 reviews, so my response was on the high end. I guess it’s the same old thing; it’s just really hard to get people to leave reviews.

Something else VRO reported to me was that after they closed off the offer of my book, they still got another 19 readers clicking on the link to get the book, so obviously there were others who would have gotten in on the offer if they’d been quick enough.

Now VRO provides this first offer for free, with the (noncommittal) caveat that if the results are good, the author can then do other promotions. They have one plan, called the Evergreen, that offers the book immediately to every new, incoming reader that selects for your genre, all for $20 a month. VRO thought my book would do very well, based on the first response, and they said they would expect me to get 50-100 opt-ins in a month. To my mind, that’s a hefty number from which I could expect more reviews and more sales of subsequent books in the series, so I’m going to give it a whirl. My sales for the month following this promotion were excellent and steady, so betting $20 on another month makes sense to me.

I see two major benefits from this. The first is the fact that the website actually does target voracious readers, people who are insatiable and read book after book, day after day. I think readers like this are much more likely to read more books by an author they like than those who read one or two books a month, or read only on vacation, etc. The former will be looking for another book NOW, while the latter might remember the book or the author’s name several months from now — or not. The second part of this is that these voracious readers are exactly the kind who will go through an author’s backlist to see what else is available, and I have certainly seen that in my sales results.

So I’ve now signed up for the Evergreen Plan. I’ll report back on that after a month’s gone by and let you know how it goes.

24 thoughts on “Getting Reviews: Voracious Readers Only”