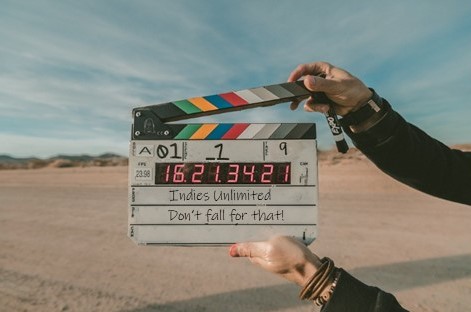 Recently I got an email from a friend who was all abuzz about a prospect to turn his book into a movie. He had taken my class on self-publishing a while back, and had dutifully completed all the steps and published his first book. The book was a memoir, and although he wasn’t interested in continuing writing as a career, who doesn’t like hearing that his/her book is fascinating enough to become a movie?

The email was as follows:

Please accept this letter as a letter of intent from Malcolm Walker & David Yates, producer of the Harry Potter series, The Legend of Tarzan, Fantastic Beasts (both 2016) and Where to Find Them and its sequel and Fantastic Beasts: The Crimes of Grindelwald 2018.

We are a  founding member of Directors UK. In addition, had a close partnership with Warner Bros. as a director and producer.

We also have access to all the major UK broadcasters (BBC, ITV, C4, C5, etc.) Via our sales partners Movie House Entertainment Limited www.moviehouseent.com whose directors have been in the film distribution business for over 25 years, having previously worked for the ‘The Samuel Goldwyn Company’ and ‘Warner Bros’ and who can ensure a seamless flow of revenue in terms of licensing, delivery and collections.

We have seen your book’s information on Amazon and Barnes & Noble. We have seen its potential for a movie adaptation. We would like to see a professional book movie seal or screenplay for your book.

Please feel free to reply to this email for further updates.

It was signed Malcom Walker, Producer/Director and CEO, but the email originated from a Gmail account with a username of yatesdavid###(random numbers).

My friend was quite excited about this. After all, having his book mentioned in the same breath as Harry Potter movies was an intoxicating surprise. When he replied and asked for more details, he was referred to a company that could write the screenplay, Alpha Book Solutions. ABS, they said, could help my friend meet the needs of a movie producer and get this ball rolling. 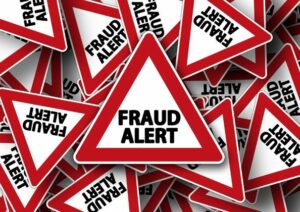 Well, you might have guessed; the proposal came with serious strings. I checked out Alpha Book Solutions and it has a variety of services they offer to those looking to make the jump to the big screen: none of them cheap. The cost to write a screenplay? A mere $5000-$8000. They say, “A professionally written screenplay is a great way to impress producers and show them your commitment to taking your book into the screen.” But as you’ll notice, there is of course no guarantee that any producer will be impressed enough to actually option your story.

The next cheapest service is the Hollywood Treatment for the bargain price of $3500-$4500. The description of this is a bit vague: “This tool is used to create a blueprint for the adaptation of your book into a screenplay, so you can easily pitch it to producers to convince them that your story is worthy to be adapted into the big screen.” Personally I would love to see this to know exactly what you get for the money, but I have a sneaking hunch it might be a simple suggestion to buy the screenplay service!

There’s also the offer for a Hollywood Synopsis for a paltry $1999-$2999. The hook here is that they will write a “producer-friendly” synopsis. I’m not sure how that differs from a “regular” synopsis; maybe they write in explosions and car chases? In any event, most of us writers know exactly what it takes to write a synopsis, but we’re sure not getting paid $2k-$3k to do it.

There are other offerings as well: an International Book Display package for $1899-$2299, a National Book Display package for $1499-$1699, an Author Launch program, a Book Tour package, and a Book Trailer package, all at similar exorbitant prices. I think most of us can recognize these types of “services” from some of the other scammy publishing sites we’ve written about here at IU, but because these are geared to Hollywood and the movies, the fees are exponentially higher. Where the bottom-feeders of Hollywood used to play on the dreams of young women yearning to be starlets, now they prey on writers looking for that one big break.

Don’t fall for it. Unfortunately, my friend did. It’s a common trade-off scam, offering huge rewards (movie deal, $10 million, etc.) for a not-so-insignificant “investment,” yet compared to the promised gain, it’s only a fraction, right? And unfortunately… it works. Which is exactly why these things continue to propagate.

So what are the red flags you should notice right away if you get an email or message like this?

·         The first and biggest, as always, is they are asking YOU, the writer, for money. Any “offer” they make is hinged on you spending big bucks for no more than empty promises. Remember that any legitimate producer or film company that’s really interested in your story will pay you for it, not the other way around.

·         They try to “stampede” you into a deal. These people will often offer a sweet deal but for a very limited time: act today before it’s gone! They don’t want you to wait, they don’t want you to take your time and think about it, or research it. They want to get you on the hook right now. Don’t be stampeded.

·         They offer a big freebie if you’ll pay up. My friend said he was offered a free screenplay if he would buy this “professional movie seal,” which none of us has ever figured out. I’ve done many online searches for this, and I never get anything remotely applicable. My friend’s film-industry lawyer had never heard of it, either. But let’s think about this: if a screenplay costs $5000-$8000, are they really going to give it to you for free? I think not.

·         Beyond the absurdity of the offers themselves, look closer. What email address is this coming from? Is it a Gmail account, a Hotmail, or Yahoo account? Anyone in a legitimate business should have a business email account: JoeSchmoe@instantblockbuster.com. And the email should correspond to an existing, legitimate website. (The one I used above does not.) For that matter, is the person’s name part of the email? If you see something like qwerty123@gmail.com, that’s a big red flag. Scammers will often use a jumbled combination of letters and numbers, “burner” email accounts that are easy to set up and easy to dump.

·         Another tip-off: Did you see anywhere in that original email the name of my friend’s book? Was there any reference to the title, genre, or plot, any reason why they thought his book would translate well to the big screen? No. The email was likely a generic one, sent out to dozens, hundreds, maybe thousands of indie authors with no personalization at all. That’s also evident in the fact that my friend’s book, while on Amazon, is enrolled in Kindle Select, so it is NOT listed on Barnes and Noble.

So, yes, the bad news is that my friend took the bait. I and some others cautioned him against it, but the pull was too strong. The good news is that he at least took some steps to safeguard his investment. He sent the money via his bank, so as soon as he realized he’d been scammed, he filed a wire fraud report though the bank. In addition, he also filled out a very detailed police report, and attached that to the wire fraud report. In very short order, he got a call from his bank telling him that the money was back in his account! In addition — and this was especially delicious — the scammer’s bank had closed his account. I’m guessing Malcolm Walker or David Yates or whatever name he’s going by is not a happy camper right now.

But my friend? Very happy. Happy he dodged a bullet. Happy that, although he at first answered the siren call of fame, he plugged his ears and sailed on by.