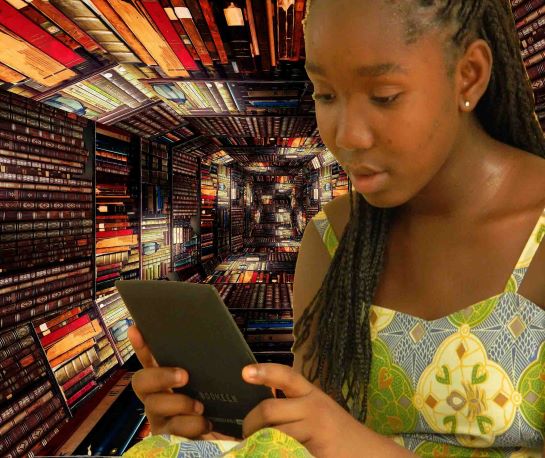 The genre lists are basically an oleo of labels, developed organically over the years, meant to be marketing tools, and their primary objective is to give prospective buyers a hint as to the kind of story they are likely to find. But Children’s, Young Adult and to some extent New Adult are meta-classifications based on the age of the reader. As a sub-heading under that, you can list all the usual genres: Children’s Science Fiction, YA Romance, etc. So when writers are choosing their genres, they can’t deal with the age genres the same way as they treat the regular ones. For example, the age guidelines were created for three separate reasons.

The first and simplest one is the decency rating. Just like they do for movies, parents and librarians and other censorious types want to know that their children aren’t corrupting their minds with nasty stuff. So a YA novel is supposed to be sort of a “PG13” rating. (Nowadays, of course, it seems more like PG16 or more, but maybe I’m just being a curmudgeon.)

The second reason is for marketing in general, and this one falls into an even bigger mess. In fact, the reading abilities and preferences of teenagers vary so widely it’s hard to pin down what is trending for any age group. A walk through a high school library is instructive.

Marketing-wise, you can always keep an eye on what’s selling and try to jump on the bandwagon. Paranormal is big with YA right now, but it will go the way of the hula hoop. Probably too late to jump on that one for a long-term career.

The third reason people pick up a YA novel is because they know the reading level. Again, there’s no magic bullet, but here’s an old teacher’s trick you can use with a target reader. Have the kid read a random page, and point out any words that he or she can’t understand. If there are more than three, it’s too hard.

And if you really want to use big words, the kind of word matters. Descriptors are usually not so important. If you were writing a book for young readers and you said, “The parrot was blue, green, and scarlet,” they might not know what scarlet is. They might use context clues (it must be a colour), and if you insert the word a couple more times, they might learn a new word. But the most likely response is to ignore it and move on, because they can figure out what’s happening without it.

On the other hand, nouns and verbs can be killers. If you write, “He turned around, saw the monster, and tesselated,” readers have a problem. Until they know what “tesselated” means, they can’t understand what is happening. They probably will go on, a little puzzled, but if you soon use another big word, their interest will fade, and after a third on the page, you’ve lost them completely.

Hints About Selling to Younger Readers:

In general, teenagers are less sophisticated readers, so they will like a straightforward plotline, lots of action, strong emotion, and more basic characters. But don’t confuse “simple writing” with “bad writing.” Using a shorter word like “walked” instead of “perambulated” is good. Using “walked” three times in the same paragraph is boring for anyone.

My observation of young people is that they like stories about people around two years older than themselves. Remember how in high school you always knew all the kids in the grades above you, but you didn’t care too much about those below? That applies to the main characters in YA books as well.

Of course, people growing up read about what’s important to their social stage. Younger children are worried about getting along with their family and immediate friends. Teenagers are concerned with fitting in to the larger social group of the high school and dealing with the opposite gender. New adults are at the age where they’re trying to make a place for themselves in the world; jobs, longer relationships, and marriage, and perhaps children figure strongly.

The other thing you have to think about, especially for younger kids, is who is actually buying the book: parents, librarians, teachers, or the readers themselves? The real challenge when writing for a younger age group is the read-aloud scenario. As I have had to mention to a couple of authors lately, your ditzy poetry may appeal to the kids, but think about the poor adults who have to read the darn thing every night for two months. Will they buy the sequel?

I wrote my “Sword Called Kitten” series for 12- to 14-year-olds, but I know from talking to customers that one of my main markets is mothers and grandmothers picking up “let’s both read it” presents for younger members of the family. There’s a lot of humour in those books that older readers will enjoy.

Whatever you write, don’t talk down to readers, just because they aren’t as smart/wise/experienced as you are. Too many writers toss off the written equivalent of, “Okay now, children! I’m going to read to you now! Aren’t we going to have a lot of fun, now? Of course we are!”

The kids are just as aware of fakeness as adults are, and if you think you can get away with poor editing, just remember who’s putting out the cash.

As an author, I think you’re much better off just writing a good book in your specific genre. If it’s one that teenagers are reading, they’ll pick it up. Unless you know what the next hula-hoop will be so you can get everyone jumping through yours. Then please drop us a line so we can hop on your bandwagon.