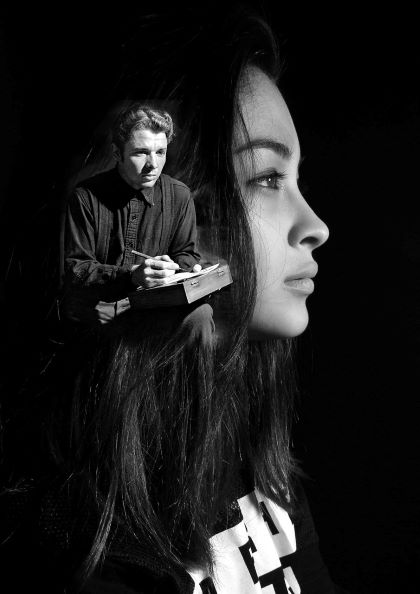 My advice for most writers; if First Person doesn’t suit your writing style, your story and your genre, don’t use it.

If you want a good rundown on positive reasons, look at Ingrid Sundberg’s five-point analysis; all five are valid. Her next post is “Six Limitations of the First Person POV.” Read that one, too.

Yes, deceptively easy. As in, easy to do, hard to do well. In fact, First Person is one of the hardest styles of writing to do properly. Note that I use the term “style,” because First Person is more than just putting “I” in as the main character’s pronoun. It’s how you write it that makes the difference.

You read all those articles that talk about how First Person connects the reader closely to the main character, and how it makes the emotions of the character more believable, and how it focuses the reader’s attention on one character. If done properly, it does all those things.

But What if It Doesn’t ?

The caveat for all of these positives is that it’s just not that easy to pull it off, especially for some writers for some stories.

If you like readers to see things from different points of view, don’t choose First Person. No matter how you try, you’ll always be slipping in information that you really want the reader to know, but the first-person MC has no way of knowing. If you’re the type of writer that likes to give your own interpretation, don’t do First Person. You’re intruding into a private conversation between character and reader.

First Person is limited because you can’t tell the reader anything the MC doesn’t experience for him or herself. If your tale is action-oriented, with a whole lot of things happening in different settings, don’t put it in First. Only use this method if all of the real conflict happens in the MC’s head. Otherwise you will be tempted to really step over the line and write a multi-POV action story in Third Person with one character in First.

I have rarely seen a writer brave (or naïve) enough to try this trick, and never seen one that carried it off. The problem is that if you’re doing your First Person thing correctly, the reader is closely involved, comes to the end of a chapter, and is then expected to jump into some complete stranger’s head. It doesn’t work.

And do I need to mention the worst of the worst? A two-POV book with both MCs in First Person. Scary. Especially if they’re on opposite sides of the conflict. Seeing both sides of a conflict is a great tension-reducing technique. Is that what you want?

As with other techniques, this style works better in some genres than others. Chick Lit and Romance work great in First, but you better hit the right note for those readers. Action Adventure? Not so much, and the readers won’t appreciate it even if you nail it.

I know I’m treading on hallowed ground here, but female writers are usually better at First Person than male writers. I have noticed this especially when I’m teaching storytelling, which is often spoken in the First Person. Women tend to reveal events where emotion is important, and perform that emotion strongly. They do not find it difficult to express their feelings. Men tend to talk about actions, and the characters being themselves, they cannot get away from the self-image that wants to play, “It was tough, but no sweat for me.” Many male storytellers I have coached have a great deal of trouble portraying a situation in which they were frightened. And it’s the same with all the other emotions in a first-person story. Whatever your gender, you have to be willing to spill your feelings out where everyone can see them. If you’re not that sort of person, use Third Person Limited.

And don’t forget, the gamut of Third Person styles runs all the way from very objective to as subjective as you want. You can make Third Person Limited as touchy-feely inside-the-head as First Person, but with a slight filter to give the author some objectivity. In Third Person Limited, you are recognizing your limitation; you cannot be that other person. In First Person you have no safety net. If you don’t get it right, you look pretty silly standing out there in front of everyone pretending to be someone you’re not.

In any writing, the writer’s purpose is to get the reader to forget that there is an author interfering with the reality of the story. Using the First Person is just another tool to achieve that end and, unless it suits your writing style, your genre, and your story, it is not guaranteed to work.

4 thoughts on “Should I Write My Book in First Person?”