Science fiction is something that could happen – but usually you wouldn’t want it to. I’m James M. Corkill, and in the Alex Cave Series, it does. Advanced technology that threatens our way of life on a global scale. 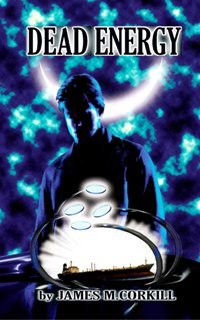 Episode 1. Dead Energy
Amazon, B&N, Smashwords
When the Americrude tanker left Valdez Alaska, she was filled with 12,000 tons of heavy crude oil. By the time she arrived in Puget Sound, her hold was as clean as the day she was built. The Coast Guard could not find an oil spill, and the crew is found dead in the snow on a mountain one hundred miles away.

Alex Cave, a geophysics instructor at a university in Bozeman Montana, is drawn into the situation when he sees a brilliant flash of white light and responds to a mayday from the oil tanker. Alex is also ex-CIA and advisor to the Director of National Security, and is put in charge of the investigation.

Soon panic grips the Pacific Northwest when the oil in the Alaska pipeline and west coast refineries mysteriously vanishes without a trace. Transportation of basic necessities cannot reach the cities, and common citizens turn to primal instincts to survive. In the ensuing breakdown of social services, Harold Woolly, a meek man with a domineering wife and two teen age children, flees the Seattle area to escape the riots. The brochure his son had received from the Army Of Survival had promised a safe haven, but there is nothing safe about it. The new leader of the AOS, John Everex, is a radical survivalist preying on innocent people desperately seeking protection. Once Harold and his family arrive at the camp in Idaho, they can never leave. Each of them has a choice. Join Everex’s army and begin a life of servitude, prostitution, and physical training for his army, or die.

The perpetrator of the vanishing oil, Menno Simons, is a man obsessed in his determination to stop mankind from destroying the environment with carbon fuels, but no one knows who he is or how he is stealing the oil. The only clue Alex has to work with is a dollar size crystal found in the hold of an empty oil tanker. If Alex and his friends cannot discover the secret of the vanishing oil before it affects the entire United States, the nation will succumb to DEAD ENERGY. 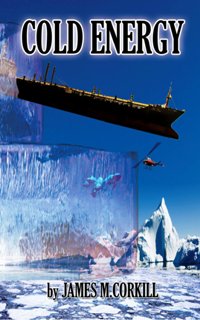 Episode 2. Cold Energy
Amazon, B&N, Smashwords
When the Polar Ice Sheet mysteriously expands by thousands of square miles, the sudden change in temperature begins to alter the weather patterns on a global scale. At the same instant, an un-natural earthquake destroys the City of Victoria, Canada.

Alex Cave is thrust into the situation when the earthquake also awakens the sleeping Mount Baker volcano near his home town of Sparrow Valley, Washington.

Alex joins the owner and scientists on the research ship, Mystic, who accidently activate a mysterious device deep in the Pacific Ocean sixty miles off the coast of Washington. What they don’t realize is that the Captain and his first mate have an alternative purpose for the Mystic and her small submarine as they begin a harrowing journey to the North Bering Sea, the location of another strange device freezing the Arctic Ocean. If the ice sheet continues to expand, the planet will enter another ice age.

If Alex and the scientists on the Mystic don’t find a way to shut down the devices before it is too late, humanity will be extinguished by COLD ENERGY.

Kenneth Teicher’s action/adventure series draws heavily on the author’s travels around the world from the ancient city of Ephesus to the mysterious ruins of Machu Picchu high in the Andes Mountains to the desert sands of Cairo’s Giza Plateau to the fabled city of Jerusalem. These colorful exotic settings and people provide an exciting backdrop to a trio of thrilling stories laced with chases, abductions, subterfuge and murder. The recurring characters of archeologist Erin Mathews and ex CIA agent Craig Johnson find themselves faced with nefarious adversaries while struggling to uncover the wondrous mysterious of the ancient world.

THE ALKANO LETTERS
Available from Amazon, Barnes & Noble, and Smashwords.

In this debut novel in the action/adventure Erin and Craig series. Archaeologist Erin Mathews and ex CIA Agent Craig Johnson team up for these exciting and intriguing tales. On the tiny Greek island of Alkano, they discover ancient letters whose content could undermine the very foundations of Christianity. An ancient religious sect knows the esoteric message hidden in the letters and is sworn to protect it at any cost. Trouble begins almost immediately with a series of mishaps followed by deadly threats. A desperate chase through the back streets of Jerusalem leads to Erin’s abduction. What began as a straightforward dig has become a dangerous and complicated mission. They must solve the two-thousand year old mystery, before it’s too late.

THE CARTHAGE CONNECTION
Available from Amazon, Barnes & Noble, and Smashwords.

The silt-filled seaport of ancient Ephesus is the setting for this second book in the Erin and Craig series. The ancient boat they are excavating may contain scrolls rescued from the great library at Alexandria. They team up in their search with Mossad operative Rebecca Schuler, who is tracking the mysterious Cult of Tanit. The Cult, which traces its roots back to the founding of Carthage, is also after the scrolls. Cult members believe their ancestors rescued invaluable artifacts when the library was burned in 48 BC. While the Mossad believes the Cult wants the scrolls to fund terrorist actions in Israel. When a group of renegade Cult members begin a series of attacks to stop the dig, Erin and Craig intensify their efforts to find the scrolls before anyone is killed.

CARVED IN STONE
Available from Amazon, Barnes & Noble, and Smashwords.

Machu Picchu, high in the Peruvian Andes, is the setting for the third book in the Erin and Craig series. Teaming up with noted archaeologist, Professor Roger Williams, the dig continues despite the protests of the locals who believe it is violating their ancestors’ holy ground. Acts of sabotage escalate to the point that the Peruvian army is sent in. But the work continues despite the danger, and the team ultimately makes the discovery of a lifetime. However, before they can examine their exciting find, the roof of the cave they are working in collapses, burying Roger and their unbelievable discovery under tons of rubble. Recuperating in a hospital bed after nearly being killed herself, Erin babbles on about the pictures she’s taken of the find – or was it all a dream?

Jennifer Adele is an independent author and nature gal, whose sense of adventure is only matched by her predilection for the magical and macabre. Her love of the written word in its various forms and her fascination with the symbolism inherent in all languages provides an ancient, deep, and eclectic background to her works. She is also an active lecturer and educator for many local groups and public education venues. Her written works on broad-based educational topics, plants, animals, symbolism, and a wide range of nature-based subjects, as well as her creative writings and fiction, have been frequently featured in national and international publications. 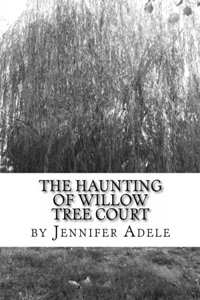 The Haunting of Willow Tree Court
Three years ago a near fatal car crash left Sally Archer crippled and childless. Now, with her life in tatters and her freedoms taken away, she is moved to a new home by her husband, to a house on Willow Tree Court. But, Willow Tree Court is no ordinary place, and her house has a long and unusual history. As if by magic, the extraordinary begins to unravel itself in a pattern as old as time, and both the beautiful and the macabre take hold, refusing to let go. Sally soon learns that places are haunted as much by the living as they are by the dead.
Available from Amazon in print or Kindle formats. 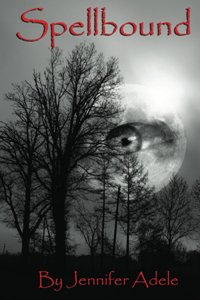 Spellbound
Vera Norton is only a young girl when her ancient friend and neighbor, Lillian Thompson, dies, leaving her emotionally wounded and incredibly vulnerable. With little parental supervision and a brother who couldn’t be more opposite of her in every way, Vera is left reeling and spending a lot of time with the one permanent figure in her life, a large oak tree at the center of the Thompson gardens, a tree that is at the epicenter of Vera’s world. However, when Lillian’s strange sister, Elizabeth, moves into the Thompson house next door and takes over the property, the curious and horrific really take hold. This then catapults Vera into an adult life of magic and mystery, love and dangerous obsession, ghostly encounters and supernatural apparitions, curses and spells.
Available from Amazon in print or Kindle formats.

Dream of Things is an independent press focused on memoirs and anthologies of creative nonfiction that align with their mission to publish “distinctive voices, meaningful books.” Most of their e-books are only $2.99 — and all Dream of Things e-books are FREE via the Kindle Matchbook program with the purchase of the print edition! Dream of Things is pleased to present these selections: