The Picture of Cool
by Laurie Boris
Category: Contemporary Romance
This book is available from Amazon.

Producer Charlie Trager works with beautiful women on a daytime talk show. But there’s a hollow spot in his heart, waiting for the right man. Then he meets the show’s next guest, a handsome politician with a bad case of nerves — and a secret that could turn their lives upside down. 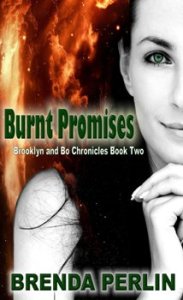 Brooklyn Rosen had high moral principles and was raised properly. Married for over fifteen years, those standards went out the window along with her fidelity when she met Bo. After becoming a self-proclaimed home wrecker, Brooklyn left behind her marital home, along with the damage caused by her emotional wrecking ball. But the whispered remarks followed.

In “Burnt Promises” (Brooklyn and Bo Chronicles: Book Two) we learn what shaped Brooklyn, the trials of an unhappy marriage and a deep abiding love that would not be denied. We meet a troubled, spiteful wife, who does not want to become an “ex”. Will Brooklyn and Bo survive, or will all be lost to a bitter woman?

Burnt Promises, the contemporary romance by Brenda Perlin, is available from Amazon.com and Amazon UK. 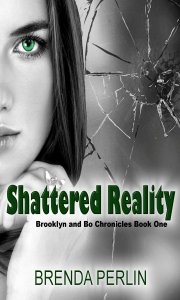 When Brooklyn meets Bo, their lives are instantly turned upside down.

Brooklyn and Bo, each unhappily married to someone else, have to decide whether to stay with their spouses or give up everything for each other. Find out what Brooklyn’s husband and Bo’s soon-to-be ex-wife do to break them up.

Shattered Reality is the first book in a three part series that follows the main character, Brooklyn throughout her childhood, adult life and then what seems like an “endless” journey towards redemption.

This book is available from Amazon. END_OF_DOCUMENT_TOKEN_TO_BE_REPLACED

Television producer Charlie Trager spends his days working with beautiful women on a daytime talk show. But underneath his cool façade, there’s a hollow spot in his heart, waiting for the right man to ease his loneliness. Then he meets the show’s next guest, a handsome young politician with a bad case of nerves—and a secret that could turn both their lives upside down. END_OF_DOCUMENT_TOKEN_TO_BE_REPLACED