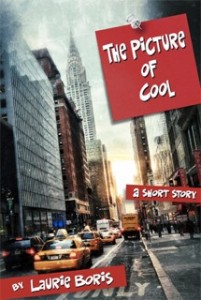 Television producer Charlie Trager spends his days working with beautiful women on a daytime talk show. But underneath his cool façade, there’s a hollow spot in his heart, waiting for the right man to ease his loneliness. Then he meets the show’s next guest, a handsome young politician with a bad case of nerves—and a secret that could turn both their lives upside down.

They sipped a bit of Charlie’s best single malt and talked through Dark Victory. A mortal sin in Charlie’s book, but nearly all could be forgiven when sitting next to a sexy brown-eyed man who smelled like the ocean.

At one point, when they were chatting about their jobs, Adam said something about one of the guests who had been on the show earlier in the week.

Adam shrugged, and his cheeks pinked a little, but that might have been from the scotch. He didn’t drink much, but Charlie appreciated that he at least gave his favorite poison a try. “My daughter has become a fan. Ever since she recorded my segment, she’s been watching. She likes Melanie.”

If she had to pick a role model, better Melanie than some of the other women on the show. “She has good taste. Do you have any pictures?”

Proud papa Adam pulled out his phone and showed him an image of a stunning, poised girl whose eyes seemed decades older than her years. Her father’s eyes, he realized. “That’s my Sophie. She’s eleven. And Matthew is eight.” He flipped to the next picture, which captured a freckle-faced boy, who apparently hated cameras and sitting still. Charlie couldn’t help but smile.

“Aren’t they?” Adam’s gaze lingered on Matthew’s cute irritated face before he shut down his phone and set it on the coffee table. “And Sophie. I swear that in a former life, she was my mother.”

What Charlie saw in Adam at that moment was a different type of appeal, more powerful than the physical ache of denying himself the pleasure of an attractive man who returned his feelings. He sensed that Adam was a really good father, but he realized with regret he would not get to meet Sophie and Matthew for a long time. If ever.

He didn’t want to be the man responsible for blowing all that up.

As if he’d heard Charlie’s thoughts, Adam leaned back against the couch, defeat spelled out in every parcel of his body language. “Sometimes I don’t know what’s worse,” he said. “Staying to save them or leaving them to save myself.”

Charlie didn’t have any wisdom to offer his new friend. Just a compassionate ear and a little more scotch to tip into his glass.

2 thoughts on “Saturday Book Showcase: The Picture of Cool”