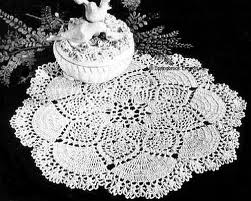 Metaphors are wonderful things…when used correctly. For me, metaphors are the spice…the gentle delight sprinkled through quality writing. They are not sledgehammers.  They should never be clichéd. And they should be used sparingly to maintain their strength. By the way, similes are metaphors in this man’s army, so don’t get all uppity in the comments. Or do, I don’t care.

END_OF_DOCUMENT_TOKEN_TO_BE_REPLACED

Everyone loves robins. They symbolize the first sign of Spring. People delight over their teal colored eggs. And there is always excitement when their young start peeping in the nest.

Not me. I loathe them. Even the scientific name for the American Robin is heinous: Turdus migratorius. Let me translate that for you – it means they crap everywhere.

And everywhere is the key. In 1996 I traveled all the way to Alaska to photograph Grizzly Bears and Orcas (killer whales). After two long days on the water, I docked at the port of Valdez without seeing an Orca. The disappointment was staggering. When I arrived at the bed and breakfast, there was a large bird to the left of the driveway. It was too far away for me to ascertain its species. My heart jumped with the great anticipation of identifying my first sub-arctic land bird. I whipped out my 300 mm lens and clicked off four photos. As I did not want to frighten away this mystery bird, I crept in a couple of feet and shot some more. A few more steps, a few more frames, and before you know it I had rifled off nearly an entire roll of film. Finally, I was close enough to get a good look at this bird: it was a @#^&* robin! I had traveled all the way to the other end of the United States of America to see a robin? After wasting a roll of film on this common bird, I was steamed. And no, I never saw a Grizzly, either. END_OF_DOCUMENT_TOKEN_TO_BE_REPLACED