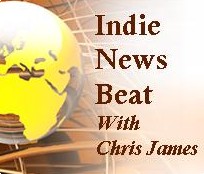 Our first stop this edition is at Publishers Weekly, and their report on the highly-trailed “Author (R)evolution Day” earlier this month. That rather pretentious title at once makes me suspicious, and I didn’t have to read far before slamming into a trite platitude. Step forward Kobo’s Mark Lefebvre with this message for struggling, self-published authors: “Don’t wonder how you will get discovered – think about what you are going to do to deserve being discovered.” Yeah, thanks. And the conclusion? That we have to adapt to changing social media, and of course we shouldn’t forget the importance of word-of-mouth recommendations. Really, Holmes, you astound me. END_OF_DOCUMENT_TOKEN_TO_BE_REPLACED 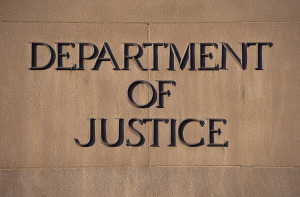 Dept. of Justice has determined that the proposed “final judgment” provides “an appropriate and effective remedy” for the antitrust violations. They are quoted as saying that the comments to dismiss the case were being submitted “by those who have an interest in seeing consumers pay more for e-books…”

The DoJ showed little interest in the comments from some of the big players in the industry, including Barnes & Noble, Books-A-Million and the Authors Guild. They go further to say that arguments that Amazon will eventually monopolize the e-book industry as “highly speculative at best.”

Last week, on March 24, 2012, we looked at a brief history of eBooks, Publishers and the Agency vs. Wholesale pricing model. You can review that post here.

Ironically,on Thursday March 29, 2012, the Huffington Post ran a story by Mark Coker the founder of Smashwords. Most of you are familiar with Smashwords as one of the first distributors to supply eBooks to retailers including, Apple iBookstore, Barnes & Noble, Sony, Kobo, the Diesel eBook Store, and Baker and Taylor. END_OF_DOCUMENT_TOKEN_TO_BE_REPLACED

I’m shifting gears a bit today. This has been bugging me for awhile. You see, I’m a #1 Bestselling Author on Amazon. Who am I? Nobody really—but that’s the point. Less than a year ago, nobody knew who I was, who Van Stone is or had never heard of The Card. Actually, to be honest, I had not heard of The Card yet either, because I hadn’t come up with the title yet.

How can that happen, you ask? Simple. The world of eBooks has allowed thousands of writers publish their material and either sink or swim in the big world of bookselling. Believe it or not—that may all be about to change.