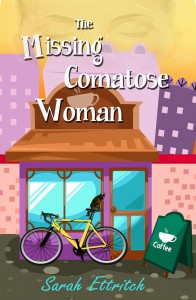 Author Sarah Ettritch is pleased to announce the release of her new cozy mystery, The Missing Comatose Woman.

Private eye Casey Cook lands her first case, and it’s a doozy: find a missing comatose woman. Eager to prove herself, Casey does whatever it takes to get answers, from pretending to be pregnant to fawning over a hairless cat.

As she runs into one dead end after another, Casey wonders whether she should have left her retail job. Determined to show that she can do the PI thing, Casey refuses to give up, chases down every lead, and snags herself a girlfriend along the way.

The Missing Comatose Woman was released in February 2013 by Norn Publishing and is currently available in print and as an eBook from Amazon.com, Smashwords, Barnes & Noble, Amazon UK, and other online retailers. 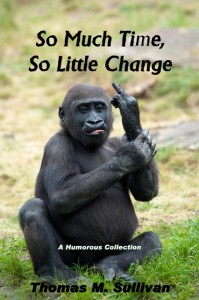 Author Thomas Sullivan is pleased to announce the release of his new humor collection, So Much Time, So Little Change.

Life is full of awkward events seemingly designed to annoy us like searching for an old-school barber, but landing at a frantic corporate salon that smells like a meth lab; running late for a flight, only to end up on The Terrorist Watch List; watching The Peoples Court with a stranger in the world’s gloomiest bar; fixing up a house knowing nothing about home improvement; and much more wonderful absurdity.

So Much Time, So Little Change was released in February 2013 by Wayman Publishing and is currently available from Amazon.com and Amazon UK. 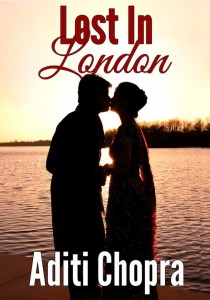 Author Aditi Chopra is pleased to announce the release of her new contemporary romance, Lost in London.

Rahul, a young and charming consultant who works in San Diego, California, goes on a business trip to London where he meets beautiful Priya. They feel an instant attraction towards each other; However, Priya being shy holds back her emotions when Rahul returns to San Diego. Rahul also finds himself getting attracted to a co-worker named, Mona. As the story progresses, Rahul is torn between his feelings for Priya as well as Mona and we wait for the inevitable reckoning to be made between love and true love.

Lost in London was released on February 10, 2013 and is available through Amazon.com and Amazon UK. 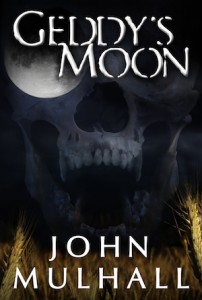 Author John Mulhall is pleased to announce the release of his new supernatural thriller, Geddy’s Moon.

Geddy’s Moon is a supernatural thriller centered around Tyler, an amnesiac, drifting aimlessly, struggling to regain his lost memories. When he arrives in Geddy’s Moon, a sleepy town in the middle of the Kansas wheat fields, he finds himself tormented by nightmares that grow more unsettling each night. What horrific events took place before Tyler arrived in Geddy’s Moon? As the pieces of his fractured memory begin to fall into place, he fears that it may already be too late to keep himself, and those he’s begun to care about, safe from a vicious evil.

“This is definitely a page turner that will have you on the edge of your seat the whole time!!” – Nicole J.’s Book Blog.

Geddy’s Moon was released by Blanket Fort Books on February 20, 2013 and is currently available from Amazon.com and Amazon UK.