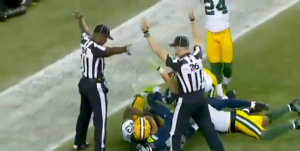 Have you seen the recent NFL referee debacle? If you caught the end of the Seattle Seahawks vs. Green Bay Packers game last Monday night, you saw one of the most publicized displays of perspective in the history of sports. Changing perspective changes everything. In fact, you had two officials standing over the play signaling two different outcomes. END_OF_DOCUMENT_TOKEN_TO_BE_REPLACED 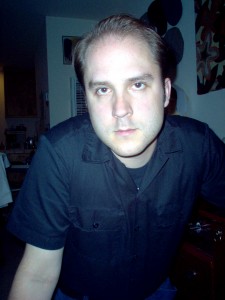 There was a time when all I wanted out of writing was to get the madness in my mind out. There are too many thoughts in there. A lot of them are not pleasant. So, I write and it somehow drains the bad ones out a little bit. Now, I write for lots of reasons, including money. But that brain drain is still important.

Someone who cares a lot about me questioned the logic of writing “dark” stories the other day. I love this person and respect their opinion. The argument was that, since I dabble in depression anyway, writing dark, bleak, sad, and sometimes depressing stories must be a bad idea. END_OF_DOCUMENT_TOKEN_TO_BE_REPLACED He is a prolific indie author who has published short novels, a textbook on sex therapy, two self-help books on sexual orientation and many scientific articles. He is not the kind of man who’ll be nervous or put off by the fact that this interview may be read by upwards of a dozen people. END_OF_DOCUMENT_TOKEN_TO_BE_REPLACED