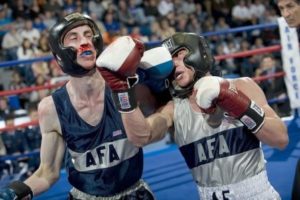 But I’ve noticed an interesting side benefit from my editing work. It points up for me, in spades, the crimes I may or may not have committed.

Recently I worked on a book where an entire chapter was spent on back-story explanation. Not being shown through the actions of the protagonist, not being threaded into the present story, but simply expounded upon to the point of eye-glazing. As I was reading and trying to force myself to stay awake, I began to ponder my own books. Had I ever done this? Taken the exposition to an intolerable level? Unfortunately, the answer was: maybe. I knew I had one book in my backlist that crammed a lot of exposition into the first chapter. I did weave it into the present story, but it was still a lot of material. Hm, maybe time to revisit that book and take a critical look at it?

Then another project came my way. An interesting concept, but the writing was more telling than showing. We all know the song. The sentences described the protagonist’s actions, but did not always reveal the inner thoughts and feelings, did not always show the motivation behind the actions. Again, I had to ask myself: had I ever done this? Relating the action is not the same as telling the story. I remember reading somewhere, sometime (don’t ask me where; I have too many temp files crowding my brain – but I think it might have been Gordon Long’s article), that describing the physical action of a confrontation runs a poor second to describing the emotional encounter. Have a fight scene where you describe every punch, every blow? An uppercut to the jaw, a roundhouse from the left? As a reader, I may not have the knowledge or the vocabulary to follow the action in these terms, but tell me how the pain radiates from the jaw through the back of the skull, how the sudden jolt knocks a tooth loose into the mouth, how the blood tastes warmly metallic. Okay, now I’m into it. Don’t just tell me what happens; tell me how it feels. Show me how it feels.

Another book I was editing seemed to have quite a few holes in it. The protagonist would come out of a room, but there was no mention of going into the room. There were big gaps in the back-story, or the actions of the characters jumped around so much, I had trouble keeping track. I would ask the author about those gaps, and would get back quite a lengthy email explaining the reasoning behind it all. I had to keep reminding her that her readers were not going to have the luxury of asking her the same questions, nor would they be able to read her lengthy explanations. If the reader needs the information in order to understand the story, the information needs to be in there. And, yes, it reminded me of one of my books, Stone’s Ghost, which involves a living man with a ghost who haunts the London Bridge in Lake Havasu, Arizona. One of my friends said he was confused; did the action take place in Arizona, or London? Being an Arizonan, I had assumed it was general knowledge that the London Bridge had been brought over and plunked down on the Colorado River. Obviously not. I had to go back and make that crystal clear.

The point is, all this editing is actually helping me be a better writer. After all, it’s hard to see the big picture if you’re inside the frame. Seeing some of the pitfalls in others’ work, then redirecting that same critical eye back on my own, helps me to see the weaknesses in my own writing. It may be painful to realize those weaknesses are there, but in the long run it helps me to polish my existing work and be mindful of future work.

People often ask us here at IU how to become a better writer. Number one answer: READ. Read and note what works, what doesn’t. What carries you along and what stops you in your tracks. Then take that same awareness to your own work. Your readers will thank you.

10 thoughts on “How Editing for Others Helps My Writing”